Android Jelly Bean (4.1) represents a landmark release in Google’s market-leading mobile operating system. Hitherto, Android has always lagged behind iOS in terms of smoothness and general usability, but thanks to Project Butter, Jelly Bean is much closer to the slick experience offered by its counterpart.

The Nexus 7 tablet is among the first devices to offer Jelly Bean as standard, and having used the tablet for a couple of weeks now, I have to credit Google with the improvements made. I would not consider myself an Android aficionado by any stretch of the imagination – I’ve only used Ice Cream Sandwich devices previously, but the work that has been done to bring Android up to scratch has been fantastic.

Tech fans – particularly those of the Android persuasion – have naturally been celebrating the release, and although Google has pledged to deal with the stuttered release procedure which blighted Ice Cream Sandwich (some devices are still awaiting an OTA), not everyone will get Jelly Bean as quickly as they like.

It’s not all bad news for those stuck on ICS, though, since plenty of the new features of Android Jelly Bean have already been ported through to those running devices not officially supported. If you’re cool with the reminders of Jelly Bean without actually having the OS installed, then you might like a new live wallpaper, produced by Jelly Belly. 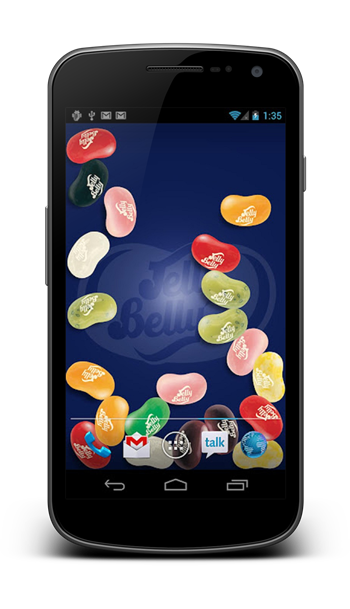 For the uninitiated, Jelly Belly create jelly beans – real tasty ones. You get an assortment of flavors from the usual – raspberry, strawberry, grape – to the ridiculous, such as popcorn, and before I digress completely, I will say, they are. just. delicious.

The company has created a nice Jelly Bean live wallpaper available for free right now over at the Google Play Store. More than just an assortment of floating jelly beans, it offers some awesome interactive features allowing you to have a little fun with it. You can tap jelly beans around, flick, drag them into a jar, tilt them around, and even create your own mini games with those little beans. 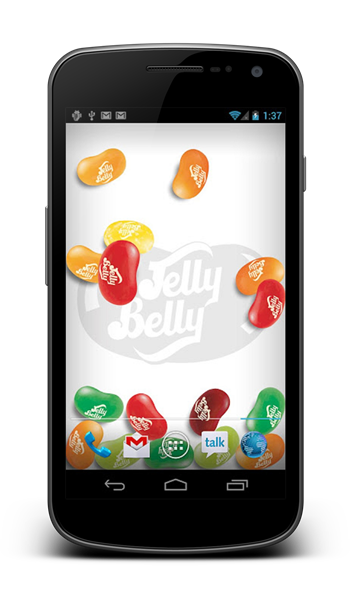 I’ve found there to be plenty of nice wallpapers preloaded with Jelly Bean, but as a big fan of the sweets as well as the operating system, I’ll certainly be downloading!