Hands up if you’ve ever restored your iDevice only to realize you hadn’t saved your photos somewhere beforehand? Come on, hands all the way up. That means you at the back!

While it’s not the end of the world if you intend on restoring a backup of your device, if you want to start afresh you’re out of luck. Or, you were until Photo Rescue came along. 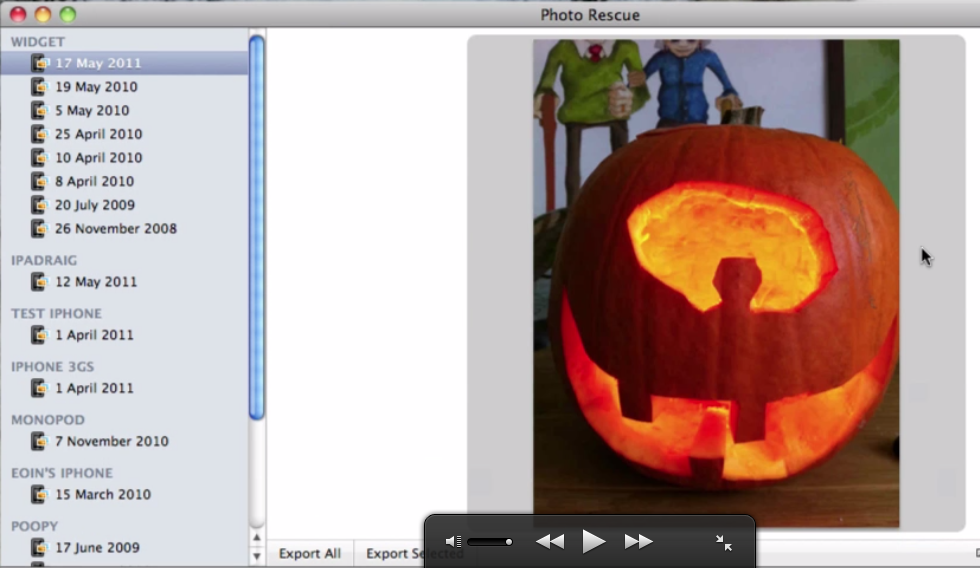 Photo Rescue is a nice, simple way of peeking into your iDevice backups and picking out your much-loved photos for restoration.

Has your iPhone or iPad been lost, stolen or broken? Photo Rescue will recover your precious memories from iTunes’ backup files on your Mac.

Photo Rescue scans all of the iOS backups on your Mac and presents all the photos it finds in a simple image browser.

Using the free version of Photo Rescue will allow you to see what photos are part of which backups, but if you want to retrieve them you’ll be paying the very reasonable $4.99 for the full version. All devices which have backups on your computer will show here.

One caveat for some though – Photo Rescue is Mac-only right now, so if you’re a Windows user you’re out if luck here unfortunately. Also, encrypted backups are not supported, though we’re willing to bet that doesn’t affect the vast majority.

Interesting developments regarding our new favorite photo-rescue app folks. We just received an email from the app’s lead developer Padraig Kennedy and it seems the company fell foul of the naming merry-go-round with the discovery of an app already named Photo Rescue. As a result the team has renamed their app to ‘Picturescue’ complete with a new web site URL: http://picturescueapp.com.

Thanks for the heads-up Padraig.