Every now and then, a new title comes along that breaks boundaries, offering gamers something they’ve perhaps seen before, but not at such a polished level. Real Boxing from Vivid Games is one such title, and whether you’re a big boxing fan, or just looking for an exciting, competitive, and challenging title, this game ticks all the boxes with aplomb.

Aesthetically, it’s a masterpiece, and coupled with the V-Motion Gesture Control System, it delivers a black eye-worthy double whammy of great graphics and gameplay. Boxing games – in fact, fighters in general – have had, in my opinion, a tricky transition from the console platform. It has worked in places, but I always got the impression connecting a gamepad would enhance the experience infinitely. Unlike free roaming titles and, in particular, driving games, the likes of Street Fighter and UFC have failed to set the world alight on mobile devices, but Real Boxing seems to finally have nailed it. 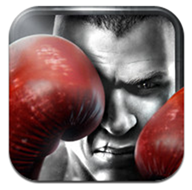 As you can see from the images, it makes the most of the Retina display on the newer iOS devices, and with a full-on Career mode supplemented by online Game Center multiplayer, you can really put your skills to the test.

It costs $4.99, but as a universal app, you only buy once, and can enjoy the all-action fisticuffs on both your iPhone and iPad. Having given it a run-out on my iPhone, I have been very impressed with what is only an initial, version 1.0 release. 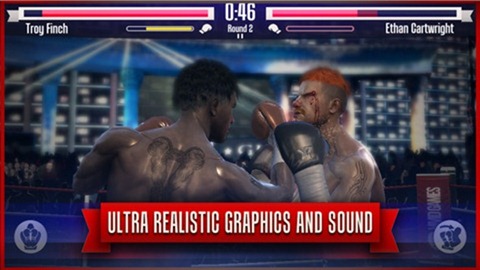 Please note, some users are experiencing issues on the fourth-generation iPod touch. Vivid claims to support the device, but comments so far suggest it can only muster a lengthy loading period, followed by a crash, so this is something you should be wary of if you own the recently-succeeded iPod touch. 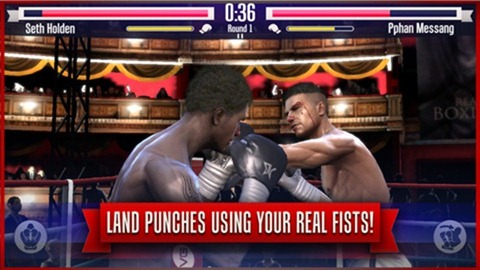 Aside from the iPod touch, you’ll need an iPad 2, iPad 3rd-gen, iPad 4th-gen, iPhone 4, iPhone 4S or iPhone 5 in order to run this game, so once again, don’t invest unless you’re rocking one of those devices. 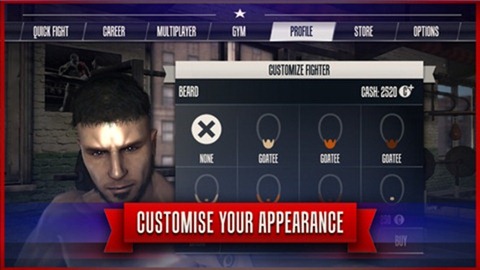 (Source: Real Boxing for iPhone and iPad on App Store)