Last year, the release of 500px took the iPad world by storm. Prior to its release, there had been a distinct lack of photography apps suited to the Cupertino tablet, with devs preferring to cater to the iPhone. But 500px reminded us that a well-polished app for iPad can wind up being just as much of a hit with iOS users, and so it has proved. Now, the app popularized by the iPad has been wonderfully reworked for the iPhone, and is now ready and waiting for you at the App Store.

The rise of mobile ecosystems such as iOS has brought an entirely new dimension on how we view photography. Those who  never touched a camera prior to owning a smartphone have nurtured their interest into something of a hobby, and even professional photographers have utilized some of the increasingly-powerful features on offer. 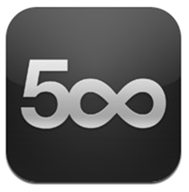 500px has given those in appreciation of great photography with a valuable medium in which to share and sell their work. When you open the app for the first time, the beautiful, dark backdrop is set ablaze by a deluge of color and visual mastery, and if you love photography, you’ll fall in love with 500px almost instantly. 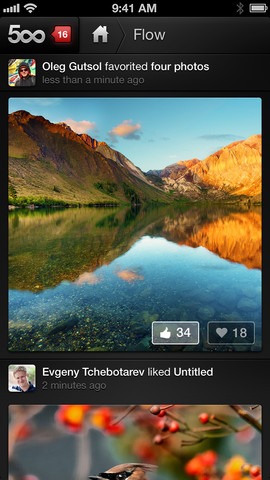 The ability to purchase and download images is currently restricted to the iPad, but with the version 2.0 release of the now universal 500px essentially marking the version 1.0 of the iPhone version, I’d expect to see this functionality added to the iPhone in the near future. 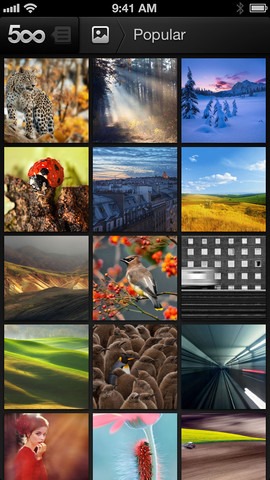 As a long-time user of 500px on the iPad, one thing I have always admired is the constant update system. The developers seem obsessed with continually improving this gorgeous app, and with an iPhone version now on tow, users can continue to channel their own, photographic obsessions with 500px for iPhone.

Elsewhere, the iPad version has been given a reasonable visual touch-up, so if you are using this on the larger device, navigate to the App Store app and apply the update.

As ever, it’s absolutely free of charge, and you can download it via the link provided below.

(Source: 500px for iPhone and iPad on App Store)