Print To PDF In iOS 11 On iPhone And iPad

Did you know that on Apple’s iOS-powered devices, you can easily and seamlessly take any document that is able to be printed to a printer, render it instantly as a PDF, and then share it through a multitude of different methods?

Most people will probably be aware that iOS 11 introduced a new “Create PDF” feature as part of the Share Sheet which basically offers a one-touch option to take some content that’s displayed on the iPhone or iPad screen and immediately render it as a PDF which can then be marked-up and/or saved. 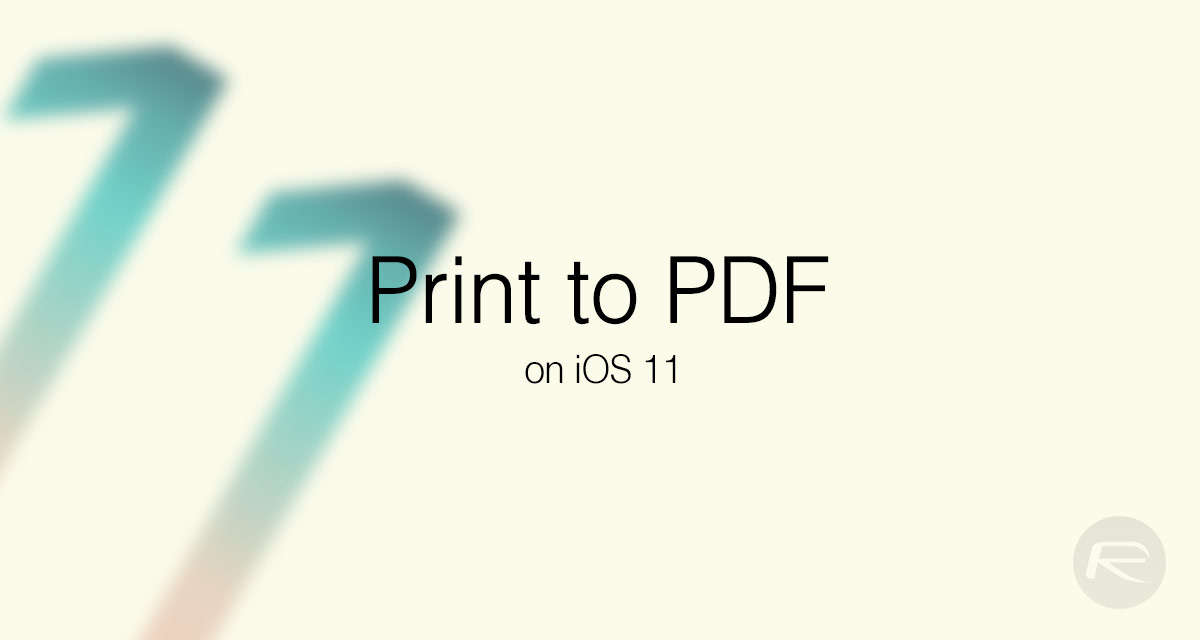 The relatively hidden method, which was introduced with iOS 10, is similar in that it creates a PDF file with utter ease, but it differs by offering immediate share functionality rather than simply being only able to save or delete the PDF. While we covered how to use this feature back when Apple introduced it first with iOS 10, the steps were slightly different as that particular feature was at the time limited to 3D Touch devices only.

With iOS 11 though, it’s available for non-3D Touch devices as well. So, if you fancy using this Windows and macOS-esque Print to PDF feature instead of iOS 11’s Create PDF functionality, or even Save PDF to iBooks functionality introduced with iOS 9, then you can follow the steps below on how to do it:

Step 1: Find something that you want to turn into a PDF. A great example of this type of content would be a web page. So, with that in mind, in Safari, navigate to something like apple.com and wait for the page to load.

Step 2: Tap on the Share icon at the bottom of Safari and wait for the Share Sheet to load. Select the Print option.

Step 3: You will immediately be shown a print preview screen allowing you to see the content, select a printer, and choose the number of copies that you want. Rather than go through that process, pinch in on the preview as if you were trying to enlarge it or zoom in on it like you would in the Photos app. 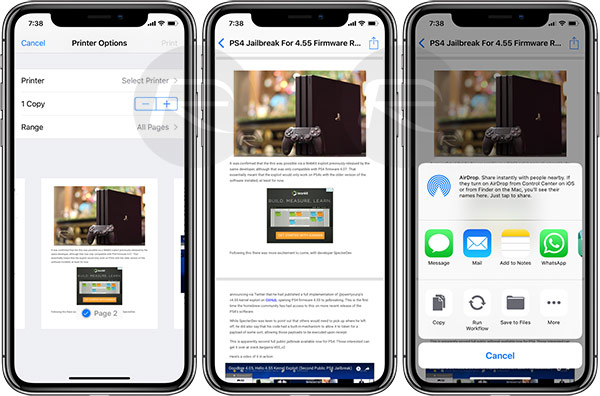 Step 4: You will notice that once you get to a specific point of enlarging the preview, it immediately pops into a new view and displays as a PDF You have essentially rendered the content to PDF with a pinch gesture. You now have access to the Share button at the top of the screen and have the ability to share the newly created PDF by whatever means you see fit.

So there you have it! A quick and easy method of seamlessly rendering content to PDF directly within iOS and then being able to share it with minimal fuss.