One of the most sensitive sections of a smartphone has to be the media gallery, or in the case of an iPhone, the Camera Roll, where all photos get saved to when the camera hardware is used to capture videos or still images. Having my iPhone fall into the hands of one of my mischievous and them deleting some of my important images is always something that concerns me, but thankfully the jailbreak development community has us covered, once again. 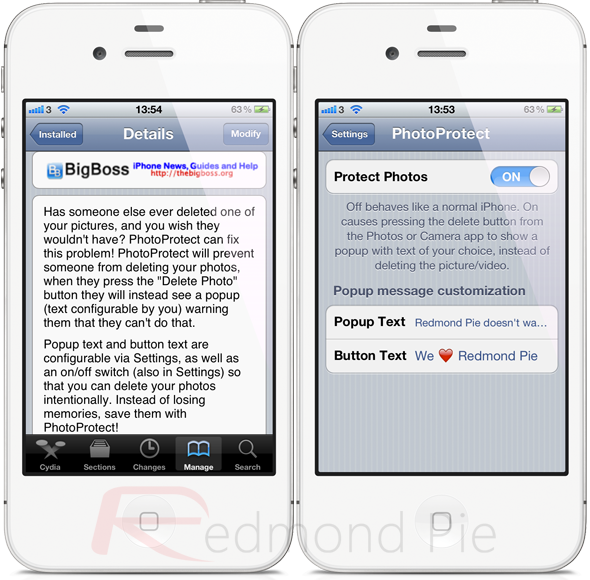 The PhotoProtect tweak has been around on Cydia for quite some time, but often gets overlooked by users who are looking for a tweak that offers the functionality of preventing photos from being deleted. Developed by Aaron Ash, probably more well known for his Barrel and Multifl0w tweaks, PhotoProtect makes use of the standard UIAlertView to inform the end-user that the photo that they have tried to delete could not be removed.

After installation, PhotoProtect does not offer any additional home screen icons but does come with its own configurable options which can be found in the native iPhone Settings app. The PhotoProtect preferences contain the all important on or off toggle switch, which in my humble opinion all mobile substrate tweaks should come with as standard, as well as options to customize the title and message body of the pop-up alert that is presented on-screen when a photo is tried to be deleted.

From the device content security point of view, the tweak isn’t fool proof and can easily be turned off through the Settings bundle, leaving users free to delete photos at will after that. However, as a novelty tweak, it is a quick deterrent to those who would give up after a failed first attempt, the PhotoProtect tweak actually proves to be a very useful package. 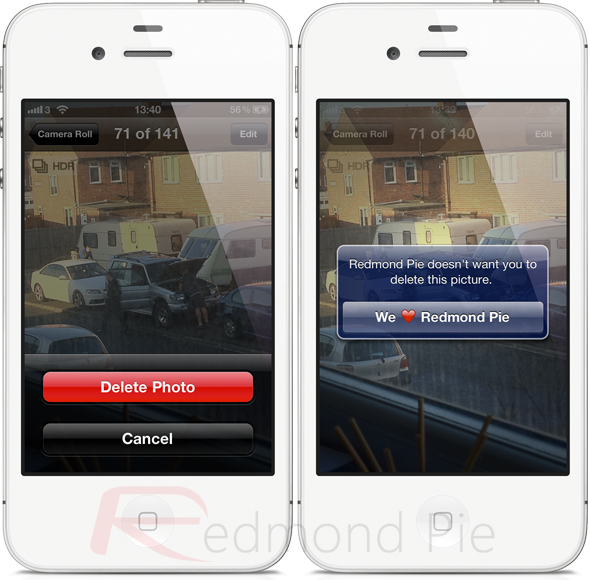 PhotoProtect was obviously built and launched well before Apple allowed us to create our own albums of images from Camera Roll photographs and for that reason it doesn’t intercept the delete request for images that are also stored in an album, meaning if you attempt to delete an album image; it will be removed regardless of the tweak being active or not.

PhotoProtect is available as a free of charge download from the BigBoss repository. If the tweak doesn’t seem to work right away, I personally found that a device reboot solves the issue.