In the time period that has elapsed since Microsoft acquired Skype from its previous owners, its fair to say that the Redmond-based company was planning on making some changes to the service and stamping their own seal onto it before going forward. While we are yet to hear of any radical changes for the way in which the service operates, or any new additional user features, Microsoft has developed and released a Windows Phone Skype app, and has today announced that Sony’s new portable gaming device – the PS Vita – will also be given the Skype treatment.

It may come as a little bit of a surprise that Sony and Microsoft have formed an alliance to bring this software to the Vita, considering the fact that they are direct competitors in the gaming scene, as their PlayStation 3 and Xbox 360 consoles battle against one another. However, what is evident is that both companies have recognized that a partnership in this instance can reap mutually beneficial rewards, considering competitors such as Apple have a large slice of the video calling traffic with their free-of-charge FaceTime service.

The implementation of Skype on the PS Vita leaves a very crucial mark on the portable gaming industry, as this will be the first time ever when portable console owners will be able to make video calls on the go with the hope being that the availability of such a popular software package will rejuvenate Vita sales and go someway to proving just what the device is capable of doing outside the realms of gaming. The Skype app will be available for both the Wi-Fi and the 3G+Wi-Fi versions of the PlayStation Vita and will function as a backgrounded application, a feature that is noticeably lacking in the recent Skype for Windows Phone app. 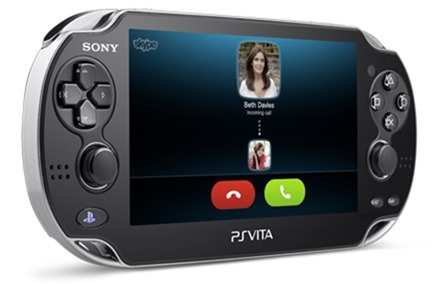 With the PlayStation Vita having forward and rear facing cameras, it means that users will be able to switch between both of these views. The backgrounding implementation of the app also means that if a user is deeply involved in a game, it will be paused to seamlessly allow the incoming Skype call to come through. Manrique Brenes, Senior Director of Consumer Electronics at Skype had this to say about the driving factors behind the app launch:

Our users appreciate being able to access Skype features wherever and whenever they choose. With the launch of Skype for PS Vita, we are taking another step towards our ultimate goal of making Skype video-calling available on every platform, all over the world, and meeting the demands of existing PlayStation users to offer video on a gaming console.

If you are PS Vita owner, the Skype app should be available as a free of charge download at some point later today. To learn more about the app, head over to this link.