If you’re familiar with any of the popular smartwatches that are available with Android Wear, then chances are that you’ve come across the excellent Facer app at one point or another. The highly-thought-of and extremely popular watch face customization experience that was previously only available for Android Wear, has now been ported across to watchOS. That means that growing legion of Apple Watch owners – some of whom are actually Android Wear converts – are now able to enjoy the benefits of watch face customization that Facer offers.

Apple Watch owners, and especially those who prefer to deviate away from the norm with a bit of customization, will already be familiar with one or more of the existing options out there that allow customization of Apple’s intelligent wearable. With that said, Facer has pedigree in this area, and manages to instantly separate itself from the crowd due to the number of free watch faces that it offers right out of the box. There’s also built-in exclusive content derived from a number of premium household name brands including “Garfield, Popeye, Betty Boop and more”. 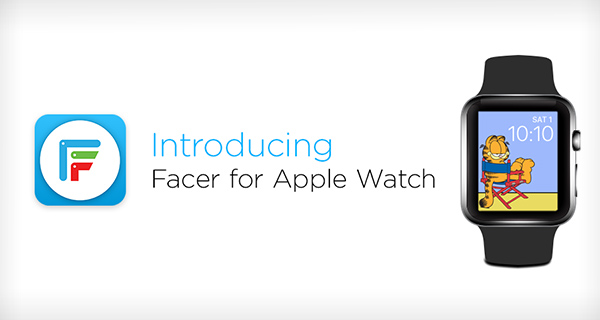 The likelihood is that Facer has already positioned itself to immediately become one of the most popular watchOS apps available for the Apple Watch. Google Play data shows that the Android variant of Facer has amassed up to half a million downloads already, which ties in nicely with the large and active community that the company has managed to build up around its customization offering. It’s likely that this will only improve as the Apple Watch version also introduces some pretty awesome little features that enhance the overall product offering. 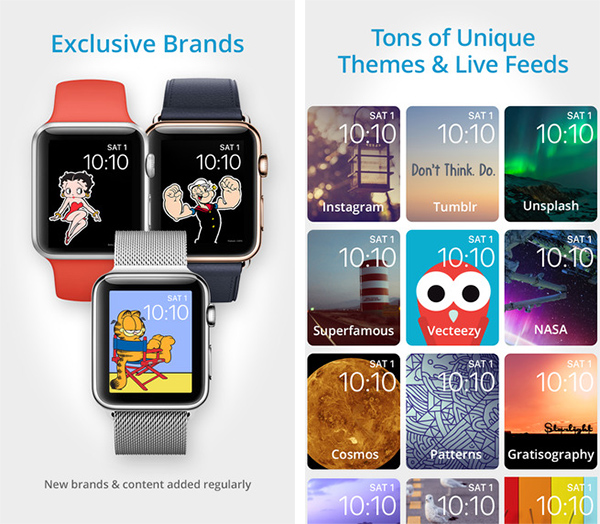 There’s a nice Instagram and Tumblr integration that allows live images from those feeds to be used as a watch face on the Apple Watch. There are a number of flashcard styled watch faces too that introduce some fun and interactive learning to the Apple Watch, such as displaying new languages, showing off the constellations, and even cycling through the periodic table of elements. There’s also the ability to design your own custom watch face using the web tool at facer.io/creator. Who said it isn’t fun to learn? 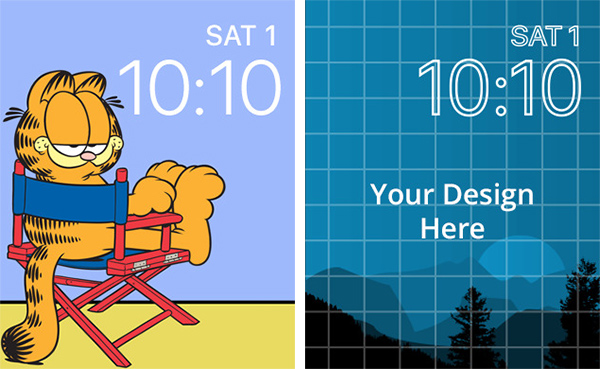 It’s important to note here that Facer for Apple Watch doesn’t really add actual watch faces to Apple Watch. Instead, it makes use of Apple’s own Photo Album watch face to add its own wallpapers to create that effect. This is unlike Android Wear version but is to be expected due to Apple’s restrictions on watchOS platform.

Facer is being offered as a free-of-charge download backed up by a number of premium in-app purchases that unlock certain features and licensed brands, such as Garfield, Popeye, and Betty Boop as mentioned earlier.

(Download: Facer for Apple Watch from the App Store)