Residents of the United Kingdom no longer need to feel like they are missing out on the Pokémon Go action as the game finally lands officially on the U.K. app stores for Android and iOS.

Envious Brits had previously had to resort to downloading and installing an unofficial APK to get access to Pokémon Go on Android, or create a U.S. based iTunes account to download the title on Apple’s iPhone and iPad hardware. No longer shall the British people have to resort to such lengths just to feel welcome in the world of Pokémon, as Niantic Labs’ mobile phenomenon is now officially available to download in the U.K. via the iOS App Store, and Android’s Google Play store. 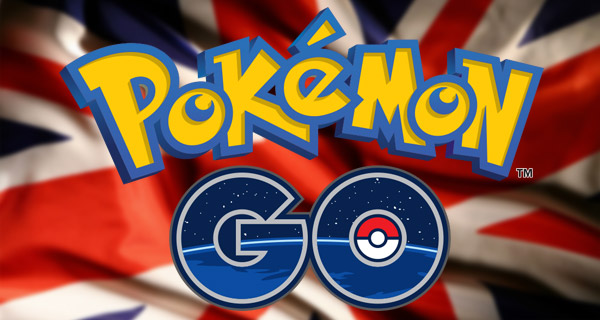 There’s been a serious case of the green-eyed monster over the last few days as envious Europeans have had to sift through various forums and their Twitter timelines and see nothing but Pokémon Go related tweets from their American, Australian and New Zealand-based counterparts.

Today’s official availability in the United Kingdom follows closely behind yesterday’s launch of Pokémon Go into the German market. Two European launches in two consecutive days pretty much points to the fact that support for additional European markets is on the way in the coming days and weeks.

It may have only been available for a matter of hours, but British players have taken to the platform in their droves, meaning that the majority gyms have already been taken over and secured by trainers. Of course, once you reach a certain level there’s still the opportunity to visit all of those gyms and make challenges with yours strongest Pokémon, as well as finding all of the numerous Pokéstops located around to collect bounty and goodies.

If you did get in on the Pokémon Go action prior to it officially being launched in the United Kingdom using a non-U.K. iTunes Account, or an unofficial APK, then you’ll need to ensure that you delete the app and reinstall it using the official version from the relevant U.K. app stores as linked below. That way you’ll be ensured to continue receiving periodical updates and new versions of the app as and when they become available. Logging in with the same account will persist all data so you won’t lose any status in the game going forward as well.