Apple’s iPhone 8 is undoubtedly the talk of the town right now, and you would be hard pressed to browse any technology news outlet without being subjected to article after article of leaks and guesswork, all which paint us a reasonable picture of what the next flagship iPhone will look like as well as what features it might have.

Even when we think we have a damn good idea of exactly what the unannounced device will look like, more leaks pop up. The latest comes via Twitter user Benjamin Geskin who claims that his sources on WeChat and WhatsApp have sent him photos of what they claim is a prototype iPhone 8.

While it is possible that this is indeed a prototype iPhone, it is unlikely to be the model that ships later this year. Previous reports have had the iPhone 8 featuring an almost bezel-free design, and these images certainly do not show that. There are some possible accuracies however, such as the lack of a physical Home button.

All this has us thinking that while this may be a legitimate leak, it is not actually of the model that will arrive in September. We already know that Apple prototypes many different designs for future iPhones, and based on that, we think this may be one that simply did not make the cut.

Also seen in the photos is the “stealth case” that we have already seen this year via Australian leaker Sonny Dickson. The case covers up a prototype iPhone, and even has an area for where a Home button would live if it existed, making everything look just as if it was a normal iPhone. Apple doesn’t want its prototypes to be spotted in the wild, and such a case goes some way to preventing that from happening. 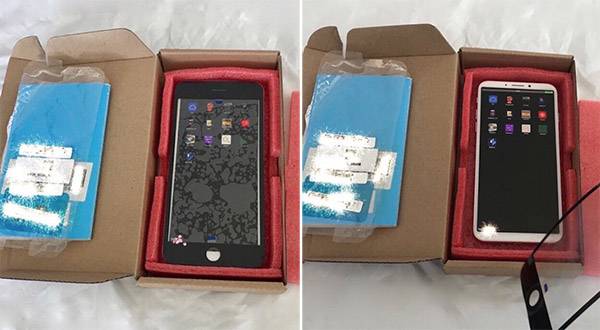 For more iPhone 8 leaks and rumors, remember to keep checking us in at RP.