Apple’s executive team may be laser focused on next week’s major media event at the Bill Graham Civic Auditorium, but it looks to be full steam ahead and business as usual for engineering departments within Cupertino.

After releasing iOS 9.3.5 for iPhone, iPad and iPod touch devices to fix a number of critical security issues, Apple has now released Security Update 2016-001 for OS X El Capitan users and Security Update 2016-005 for OS X Yosemite users, which, in a similar fashion to iOS 9.3.5, fixes a number of security loopholes in the platform, including securing the machine against the Pegasus threat. 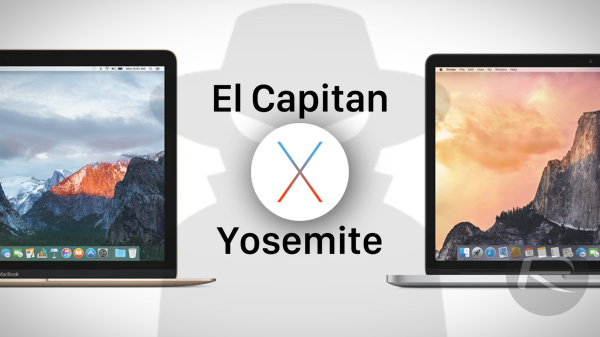 There’s been a great deal of chat over the last few weeks about the security vulnerabilities that existed within iOS, as well as the rush to release iOS 9.3.5 almost immediately after it was discovered that those kernel vulnerabilities were being exploited in the Middle East to spy on certain individuals and track device usage.

The majority of Mac computer owners will attest to the fact that Apple generally bundles any necessary security updates into scheduled updates of the OS X platform. Regardless of whether it’s OS X Yosemite, El Capitan, or even macOS Sierra when it launches, it generally makes sense for Apple to patch known issues along with periodic updates and bug fixes or feature additions.

The fact that the company has taken the step to issue standalone Security Updates in this instance not only points to the severity of these issues, but also the likelihood that there will be no additional updates prior to macOS Sierra becoming available. 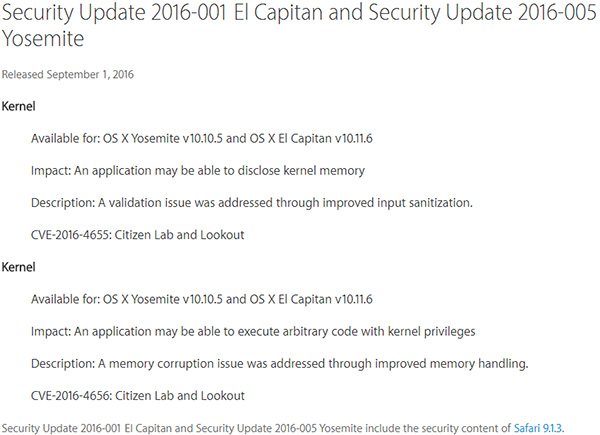 In addition to patching kernel vulnerabilities, this update also updates Safari to version 9.1.3 to patch any vulnerabilities with the main OS X browser on OS X Mavericks and OS X Yosemite. Anyone running an older version of OS X Yosemite or El Capitan is strongly advised to update immediately in order to patch the Pegasus threat that was discovered by Citizen Lab and Lookout who have also been credited by Apple.

As always, the updates are available immediately via the update mechanism in the Mac App Store.