Pebble Smartwatch Goes On Sale For Thanksgiving And Black Friday 2013: $20 Off + Free Shipping

The Pebble smartwatch is probably the most famous smartwatch of them all, and while some may argue that it’s not as smart as it could be, there’s little justification for saying that it’s not been the start of a whole new push into wearable technology. Alongside Google Glass, Pebble is rightly thought of as a pioneer in the wearable tech space that has since seen Samsung and Sony make an entrance. With Apple presumably also readying its own smartwatch, the arena is only going to get more interesting too.

But if you’re on the lookout for a smartwatch now, and depending on the level of expectations you have before hand, the Pebble smartwatch may be something you’ll want to check out, especially considering the fact that the watch is available with a $20 price drop as part of the company’s Thanksgiving celebrations. 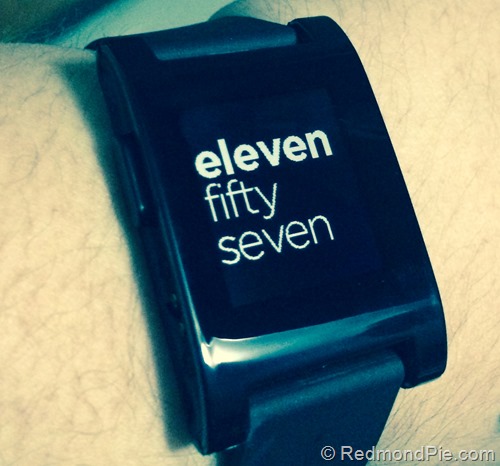 The Pebble smartwatch retails for $150, with the $20 drop obviously means you’ll now pay just $130 to get your very own smartwatch. Standard shipping (3 to 5 days in United States, several weeks internationally) is also free, but if you want to pay additional $25 for expedited delivery via DHL, you can do so to get your watch anywhere in the world in just 3 to 5 days.

Currently all colors except grey are available for order directly from the Pebble store at getpebble.com, which means black, yellow, red and white are all on the table. We’re fans of the black, but if you want to stand out you could certainly do worse than the red or yellow options. 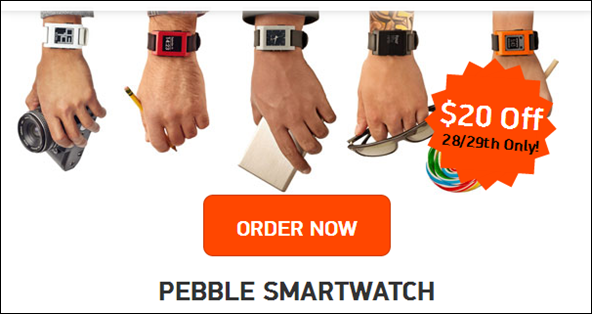 The Pebble smartwatch may not be as powerful as we all expect the Apple alternative to be, but we also expect that to cost quite a bit more than the $130 a new Pebble will set you back. If you’re looking for a good Christmas gift for the geek in your life, then the Pebble might be a good place to start your hunt, especially with all new options which the latest iOS 7 update of the watch brings.