We’ve already witnessed the majority of major and well supported apps going through their iOS 7 transitional period, but the latest app improvement will be extremely well received by users of the Pebble Smartwatch. Following hot on the heels of last week’s announcement regarding the future of the Pebble platform Apple has now approved version 1.3.0 of the official Pebble for iPhone and iPod touch app.

The latest update to the Pebble Smartwatch app builds on not only the existing functionality that was shipped on day one, but also implements the features that we heard discussed in last week’s Pebble announcement. The most significant and widely reported feature of version 1.3.0 is the support for Apple’s iOS 7 notification system. Due to the nature of the Pebble, and the functionality that it offers to its owners, it was pretty much imperative for the company to get this update out as soon as possible to appease those wearers running iOS 7.0 and above.

The new notification system will be compatible with the iPhone 4s and higher and essentially means that users are no longer limited to the notifications that they can receive directly on the Pebble. Any notification that can be housed within Notification Center can now also be displayed on the watch face of the Pebble hardware. Rather than just settling for text and call alerts, Pebble wearers can now expect to receive wrist-based notifications from a plethora of apps such as Twitter, Facebook and anything else that the heart desires. 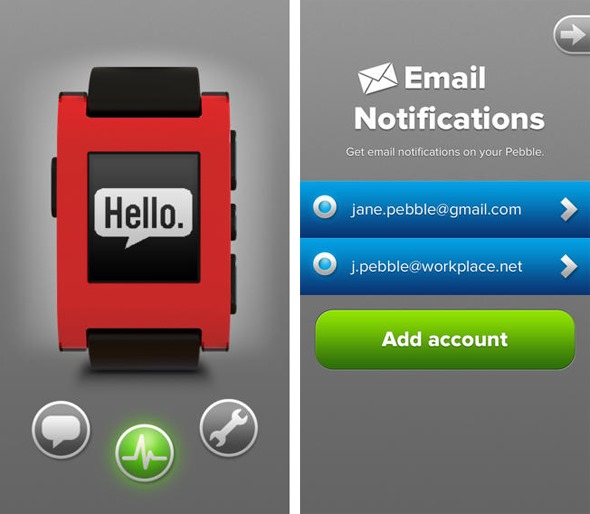 The update to the app will be extremely well received, but as noted in last week’s announcement the changes around Pebble are about more than just an iOS app. The official Pebble SDK has been ramped up to version 2.0 offering a ton of new functionality to developers wanting to build apps for the hardware. New APIs have been added to the SDK that allow third-party developers to access the accelerometer, log various data sets and also access storage on the watch to allow full-featured apps to be created.

Keep in mind, after updating the app on iPhone, users are required to update the Pebble’s firmware, which can be done using the iPhone app as well. Hence, the update is basically a combination of app and firmware updates in order to make the notifications magic happen.

The updated Pebble Smartwatch app for iPhone can be downloaded from the link we’ve embedded below.

(Download: Pebble Smartwatch for iPhone on the App Store)