The Xbox One will hit shelves next week, and Microsoft is diligently planning in advance to ensure all of the associated services have been primed and are ready for the big release. SkyDrive, the Redmond outfit’s fledgling cloud service, is one such entity, and today, Microsoft has delivered a fairly detailed blog post regarding the video and photo streaming element of the stock dedicated SkyDrive app for Xbox One will play out.

It has long since been in the public domain that Microsoft would be cooking up a SkyDrive app for its new console, and also that it would include video and photo streaming for a better overall media experience. But aside from Major Nelson’s unboxing of Xbox One some time ago, we hadn’t been given much additional information on what exactly this would entail.

The new blog post offers a much more insightful look at SkyDrive streaming, and although Major Nelson does indeed work for Microsoft, it’s fair to say that this is a much more official look at proceedings. For those who either don’t want, or are simply too excited about the console to go ahead and read about it, the software maker has also provided a feature-length clip running for ten minutes, which gives a proper hands-on look at the feature in full flow.

As well as being able to stream your own photos and videos, you can also check those pushed your way by friends, and as you might have predicted already, there’s heavy integration with Kinect, with which you can navigate through the SkyDrive app in a seamless, smooth manner. 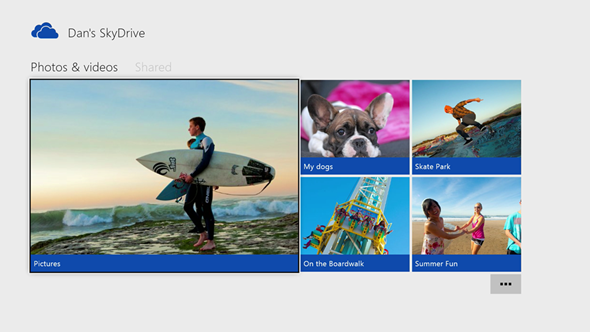 With just under ten days until the Xbox One hits the retail market, gamers on the fence have very little time to make up their minds. The PlayStation 4 will be dropping this Friday, and with Microsoft’s alternative machine following just a week later, this frenzied influx of information from both camps is merely the calm before the proverbial storm.

We cannot wait to test out the SkyDrive app for ourselves here at Redmond Pie, particularly after watching this clip, and since we expect a few more announcements pertaining significant apps and services from Microsoft in the coming week-and-a-bit, we’ll be sure to keep you guys updated as and when.