Black Friday is the time of year that a lot of people wait for, and for good measure. It’s probably the best time to buy any product that you’ve been craving for, especially gadgets and related assortments. Traditionally, hardware isn’t the only component that sees price slashes; a lot of apps, games, widgets and whatnot goes through price cuts as well, and gives buyers a wonderful opportunity to enhance their arsenal with coveted titles.

There’s a little difference in approach here between the two major players in smartphone and tablet champions, that is, iOS and Android. In Apple’s ecosystem, Black Friday sales usually mean a paid app going free – no strings attached. In Android, unfortunately, neither has that ever been the case nor does it seem to be happening in the future, either. Instead, all you get is a couple of bucks shaved off the usual price, or even less. What’s even worse is the fact that the volume of these reductions is quite low. Still, that doesn’t mean that these Black Friday deals don’t exist on Android; all you need to do is look a little harder. 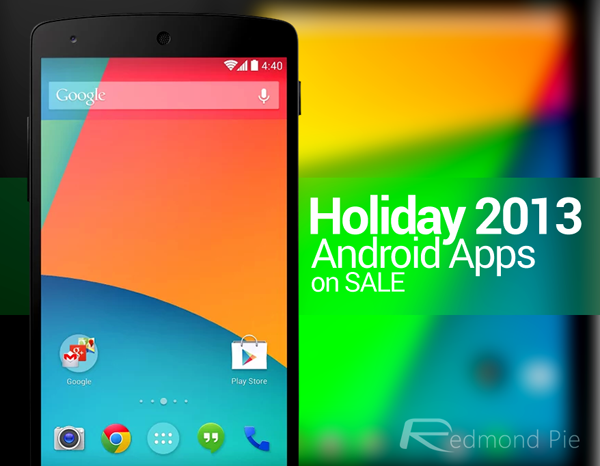 Following are some of the best Android app and game sales that you can grab this Black Friday.

We will keep adding to this list as we discover new offers and sales, but for now, get started with these. Should you know of something we’ve missed, drop us a comment.

If you’re boasting an iOS device instead, then be sure to check out: