Apple’s media events are always accompanied by a sense of excitement and mystery. You always get the feeling that Tim Cook and his executive team have the potential to lift the lid on something revolutionary. Something that will once again set Apple apart from the competition. Today’s gathering will be no different.

The Cupertino company’s media event is undoubtedly the most anticipated Apple event for quite some time and is all set to kick off at 10am Pacific Time today, Tuesday, September 9th. Carrying on with Apple’s recent tradition of boasting about the fact that its products are “Designed by Apple in California”, the media event will be held in Cupertino, California at the Flint Center. Incase you didn’t know, the Flint Center has a historical significance for the fruit company as the location for the launch of the original Mac by Steve Jobs 30 years ago.

The run up to today’s event has definitely been one of the most active in terms of speculation and conjecture. We’ve heard rumors suggesting that Apple is all set to announce not one but two iPhone upgrades. We’ve been teased with the possibility of the appearance of a second-generation iPad Air. We’re even expecting our first glimpse at the company’s first wearable product as well as the announcement that the expected “iWatch” will come accompanied by a development SDK allowing third-party developers to create bespoke apps.

As you would expect, our team here will be on hand to report and offer opinion on everything that is announced during the event. We’ll be watching, absorbing and analyzing the event to make sure that no stone is left unturned and no announcement goes unnoticed.

Make sure you check out the time zone chart below to ensure you don’t miss any of the action wherever you are in the world. 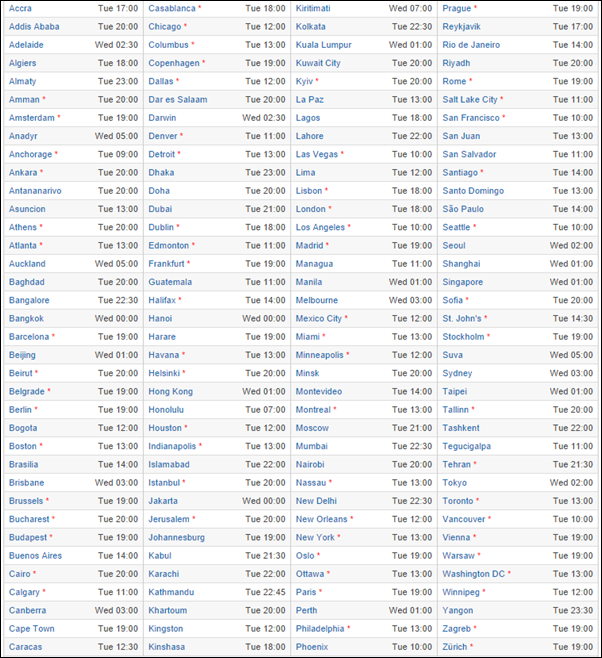