With Apple expected to unveil new OS version for Macs at its WWDC event in June, news is coming in that the company may be looking to switch the name branding from OS X to macOS. This comes in following the discovery of a certain source code within OS X 10.11.4.

If you happen to be familiar with Apple’s devices, and the underlying software platforms that power those devices, then the likelihood is that you will have some familiarity with the naming conventions that the Cupertino-based company has been opting for in recent years. If you look at the iPhone, the Apple Watch, and the Apple TV, they all have naming conventions that instantly identify the hardware that they power; iOS, watchOS, tvOS and so forth. Apple’s OS X platform designed for Mac computers is instantly the odd one out, but that may not be the case for long as references within OS X 10.11.4 point to a potential name switch to macOS going forward.

As is generally the case when a new stable version of one of Apple’s platforms is released, a developer has gone digging around internally to see what can be found. The developer in question has found an interface file by the name FUFlightViewController_macOS.nib in FlightUtilities framework that lives within the OS X platform.

The name of the file itself isn’t unusual as most of Apple’s platforms are littered with these underlying representations of the user-interface. However, it’s the reference to “macOS” within that name that is most interesting, as can be seen in the screenshot shown below. 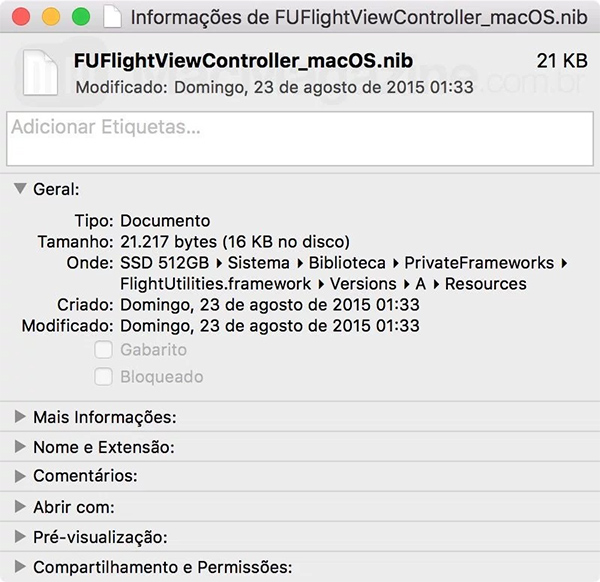 It’s likely that if you start to dig a little deeper into the OS X codebase that there will be additional references pointing to an eventual name change to keep the Mac operating system in line with Apple’s other platforms, such as iOS, watchOS and tvOS. The potential renaming to macOS would actually make perfect sense given the fact that Apple is likely to release a number of new major revamps to its other platforms in the coming months. OS X has carried the same naming convention for the last 15 years, so it’s probably about time to freshen the brand up and bring a modern edge to it that falls in line with everything else that Apple has going on.

This year’s Worldwide Developer Conference (WWDC) is likely to be held during the first couple of weeks in June in San Francisco, California, and will likely see the release of new version of OS X – or macOS as it now seems – to the development community. We’ll keep you updated when and if any additional references to this potential switch make an appearance.