Another day, another Apple patent that may or may not see the light of day in a real product, but this time around, we really hope that it will. That’s because US Patent No. 9,300,083 for a “Stackable magnetically-retained connector interface” has been granted to Apple, and it looks like it may pave the way for some truly interesting charging solutions.

This patent makes allowances for a connector to stack on top of another one, allowing multiple devices to be connected to the same port simultaneously. The magnetic connections, similar in drawings to that of Apple’s MagSafe connectors, could make it possible for multiple peripherals to be connected to a single magnetic interface at the same time. 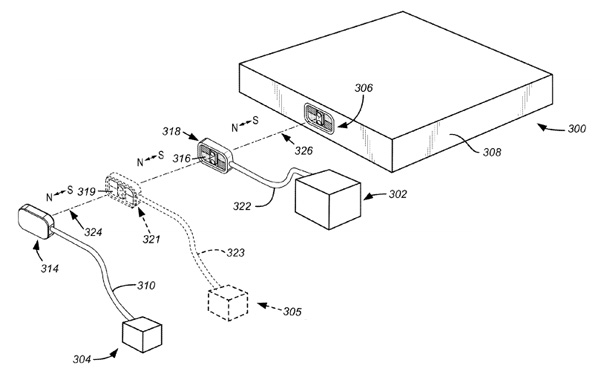 The examples, including drawings provided to the US Patent and Trademark Office as part of the patent application show what appears to be an Apple Watch charging puck with the new technology embedded inside.

Perhaps more interestingly, yet other images show depictions of Lightning cables that also feature the same technology outlined within the patent application. The stackable connector architecture doesn’t seem to be limited to magnetic or Lightning-based peripherals, with keyboards, earphones and a host of other external devices being suggested as possible additions to the list of devices that could make use of said architecture. 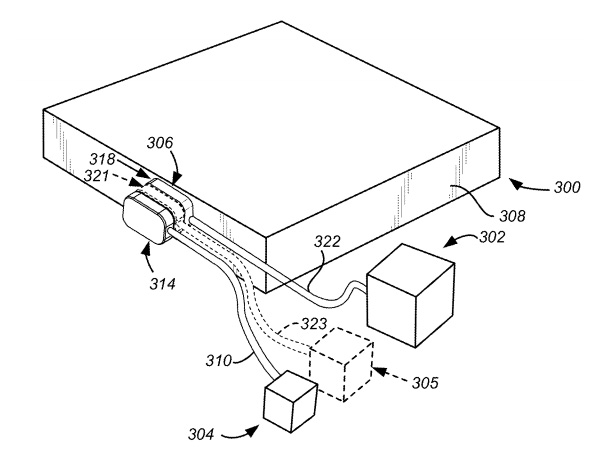 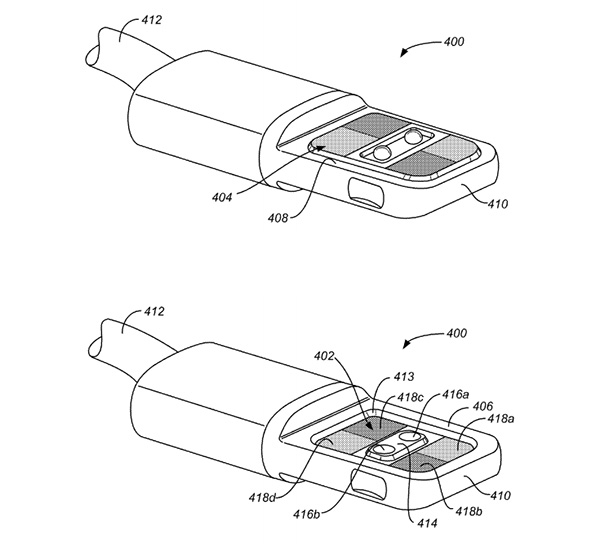 Perhaps of note, Apple does mention the possibility of this technology being used in a docking station that, given Apple’s love of dropping ports from computers, may prove helpful in the future. The current MacBook famously only features a single USB Type-C connector, for example. Having a docking station that could then allow multiple devices to be connected via one interface would be hugely beneficial to those who have thus far shunned the MacBook due to its lack of connectivity options. 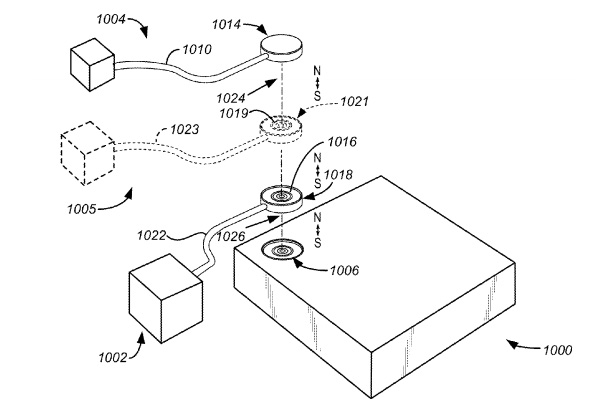 While the technology outlined in the patent does resemble the iPad Pro’s Smart Connector, it’s unknown when, or indeed whether this newly-awarded patent will bear fruit. It’s not a new patent either, having been first filed for in September 2014 with credits for Nathan P. Bosscher, Eric S. Jol, Albert J. Golko, Jeffrey J. Terlizzi and Jahan C. Minoo as its inventors.