You may think that the kinds of people using Google Fiber are essentially glued to their smartphones with no need for a landline of any kind, but apparently, you would be wrong. That’s why Google has today announced Fiber Phone, a new home phone service that uses Fiber as its connectivity backbone.

Only available to those with Google Fiber at home, for obvious reasons, Fiber Phone is a $10 p/m service that gets users unlimited local calling and nationwide calling. What you don’t get for that money is a phone, because Google says the box that you do actually get is designed to be used with the phones you already own. How well that will work out, we’re not really sure at this point. 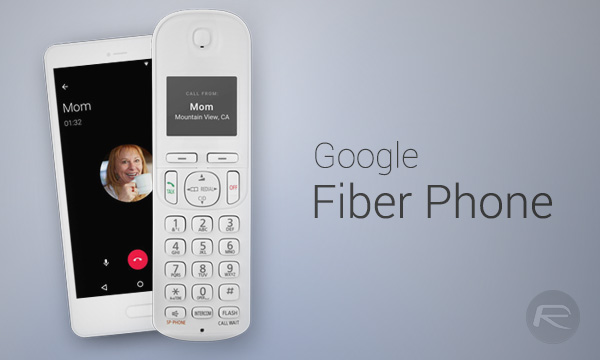 Whatever the logistics, Google’s new super-charged VoIP service will apparently allow users to have a phone that rings when they are in the home, but then acts as a cellular phone when out and about. Spam filtering, call screening, and do-not-disturb features are also included with the service, with staples such as caller ID and emergency service access also present and correct.

As we said earlier, Fiber Phone is only available to those with Google Fiber, and even then, the potential audience is lower due to the staged rollout the service will undergo. As of day one, only a handful of areas will be able to take advantage of Fiber Phone.

A summarization of the features offered by the Fiber Phone package

The regions that will be able to order are:

If you’re not on the list, it’s a case of sitting tight, which might not be a bad thing given the potential for bugs and whatnot that we expect to see here.

Want to know more about Fiber Phone? Head on over to the service’s website at fiber.google.com/phone/. If you’re interested in the service and your region isn’t on the current rollout list, we’d recommend signing up for updates at the bottom of the webpage.