According to a new survey by Retrevo, people actually “believe” that the “4” in their iPhone 4 stands for 4G, which is the next generation wireless standard in wireless telecommunication, capable of blistering fast data downloads and uploads. 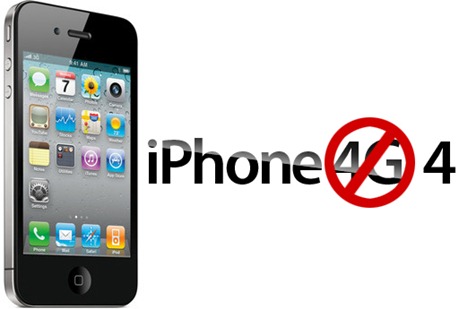 It is important to understand that the iPhone 4 is not a 4G capable or enabled device. The 4 stands for the fourth device in the iPhone series, nothing else, or to put it in simple terms, its just a model name. The survey, which has been carried out by Retrevo, states that 34% of iPhone users actually think that they have a 4G capable smartphone.

34% is quite a huge number if you ask us, it almost makes around one-third of the entire iPhone user base. But surprisingly, Android users are suffering from the same misleading syndrome as well, 29% of them believe that they have a 4G capable smartphone when they really don’t actually, whereas BlackBerry users are down at just 24%. 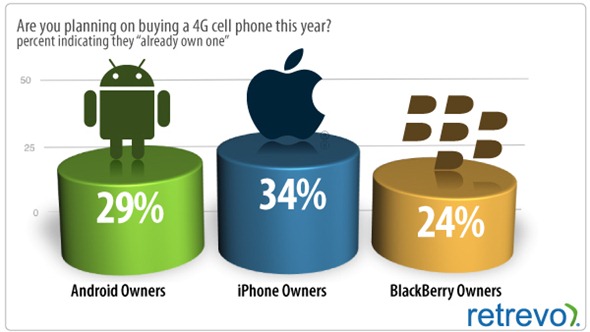 Survey also shows that the data plans currently being offered for 4G are quite expensive. The graph shown below shows what the average Joe thinks about the cost of 4G data plans: 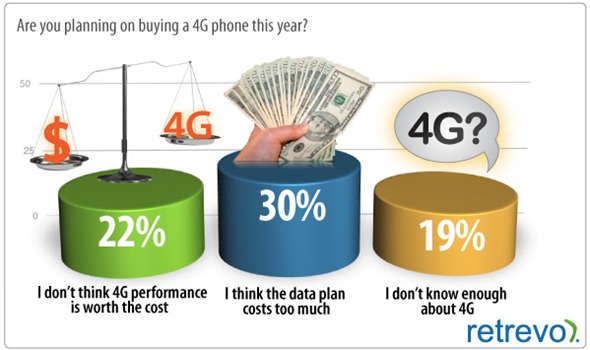 Regardless of what people believe about 4G and its awesomeness, many are still unaware of what it is, and many believe that it is expensive as hell, still people are ready to make a move over 4G, especially iPhone owners. 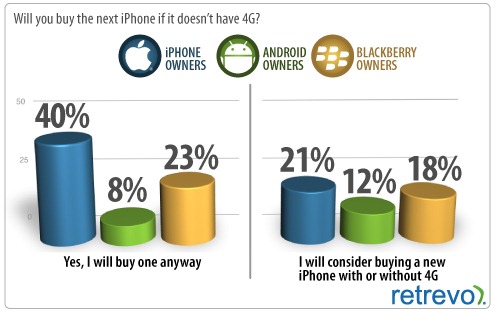 There were rumors of Apple launching a 4G capable iPhone later this year, but these rumors have been debunked on and off. Apple is a company which focuses a lot on the end user experience rather than sacrificing something for speed, in this case the 4G.

The possibility of Apple launching a 4G capable phone at least this year is quite small, if there was such a plan by Apple, we would’ve heard something concrete about it by now. I think we should leave the 4G/LTE debate on the iPhone 6 for now.