Part of Facebook’s ‘something awesome’ event, alongside the introduction of Skype-powered video calling, the social network also brought a whole new Facebook Chat box to the table.

Called the Messaging Sidebar, the new method of keeping in touch with friends in real-time does away with the older method of having popups and detachable windows in favor of a static – and rather large – sidebar. 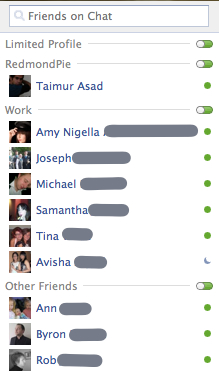 While some welcome the change, many do not.

Taking up much more room than it really ever should need to, the sidebar gets in the way of what you really want to do – play Farmville.

As with so many alterations to popular websites these days, Facebook’s Messaging Sidebar can actually be replaced with something a little less intrusive and a little more useful.

There are two ways of achieving this:

The first option is a simple link that opens the good old chat box in a new window or tab, bringing the same functionality Facebook fans have been enjoying for years. None of this sidebar rubbish here!

Just visit https://www.facebook.com/presence/popout.php in a new window while signed into Facebook.

The second approach is for the Chrome users out there.

If Google’s browser is your particular bag, then you can install a FB Chat extension called Fix the New Facebook Chat that basically keeps the same styling as the new sidebar, but hides all the offline contacts.

Effectively, both methods achieve the same result, that is to show online contacts only.

Of course, whether the new Messaging Sidebar bothers you very much depends on how much you use Facebook Chat, and given the infinitely better alternatives out there – MSN, AOL and Gtalk – we do have to wonder who really is using Facebook Chat.

Judging by the noise made by the users not keen on the change, we have to assume it’s more than we thought!

Facebook recently announced it has reached 750 million active users, making the Skype video calling deal even more impressive – will 750 million people now be talking, face to face, though their webcams instead of the conventional text chat system?