It has now been over two decades since the Linux operating system kernel was born, and there have been more than a few exchanges of opinions with Microsoft over the years. Now the Windows-peddling software giant has released a “Happy Birthday” video in what appears to call for a truce – even suggesting the two work together. 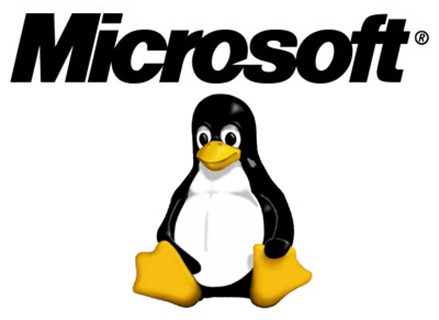 The two companies, although competing in similar markets, are very much like chalk and cheese. Microsoft being very anti open-source with Linux encouraging it. That combination of same market/different views has led to a fair amount of back-and-forth. Earlier this year, Linux Foundation Executive Director Jim Zemlin made some rather outlandish claims that with the obvious exception of desktop PC’s, Linux had outpaced Microsoft in pretty much every market, including mobile and server-side computing.“Linux has come to dominate almost every category of computing, with the exception of the desktop,” he said. “I think we just don’t care that much [about Microsoft] anymore.. They used to be our big rival, but now it’s kind of like kicking a puppy.”

I’m sure you’ll agree an extraordinary statement, grossly underplaying Microsoft’s desktop dominance what with sales well in excess of 400 million licenses of it’s well-received Windows 7 operating system, and reporting $20 billion revenue in Q2 of this year.

Nonetheless, the Linux project can certainly take pride in its achievements and has high hopes for future development. Variations of Linux can be located in a variety consumer electronics, from camcorders to the Kindle, from Sony TV’s to smartphones and tablets as part of Android (which utilizes a kernel derived from Linux).

Zemlin reckons that with tablets and smartphones drawing people away from their computers, Microsoft’s reign at the OS summit will eventually be a thing of the past.“Today people use smartphones more, in many ways, than they may use their traditional PC,” He said. “In that case, Linux really does have dominant market share through things like Android or other versions of Linux that are out there in the mobile space.”

The Linux Foundation was created in 2007 to help increase Linux’s adoption and development, encouraging innovation around the kernel. The San Francisco-based Foundation counts big players such as IBM, Intel, Oracle, Cisco, & Google as many of the dozens of members and donators. “It’s basically everybody but Microsoft,” Zemlin said. “We get money from corporations and we get money from individuals who just believe in Linux and use it day in and day out.”