Although a large number of people were a little disappointed when the news came through that Apple would be removing the native YouTube app with the launch of iOS 6, but the blow was softened a little with the news that Google would release their own official app that would offer all that video viewing goodness to iPhone and iPod touch users. We are still waiting for the official launch of iOS 6, but Google have made good on their promise, with their official YouTube app landing in the iOS App Store today.

Let’s concentrate on the features and functionality which Google Inc. have deemed necessary to bundle with this latest app. Users have been afforded the ability to sign into their existing YouTube accounts that allows access to all of their subscriptions, saved video playlists, video uploads and most other features that are associated with registered accounts. As we would expect from a Google built app, the software also comes with the familiar autocomplete of searches, which in theory allows for faster browsing times and increased efficiency. Google has also bundled in voice support with the app, allowing videos to be searched with audible commands. 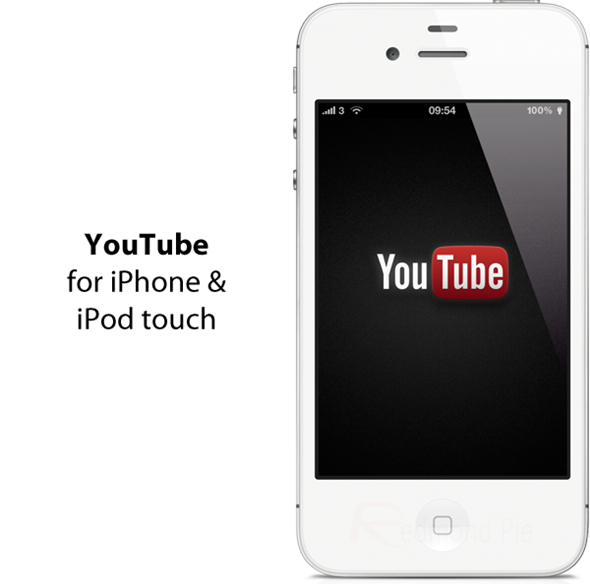 Subscribing to channels is fairly easy within the app and hardcore YouTube fans will be glad to know that reading and leaving comments is supported, as well as browsing through related videos that are produced on the back of what has just been watched. As for video options, Google has built in the ability to switch subtitles on and off, as well as share to social networks like Twitter, Facebook and Google+. It all sounds great, but it is also everything users have come to expect as a minimum. Google hasn’t gone above and beyond in any aspect of the included features with this build. 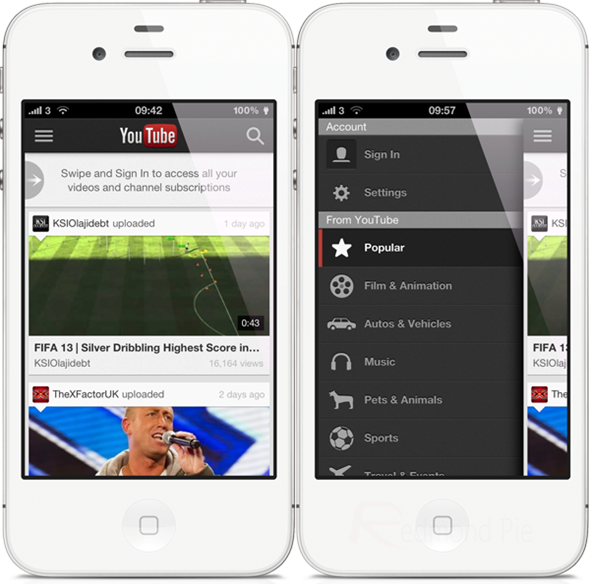 Aesthetically, I find the app rather appealing. The setup is similar to the sliding views that have been made popular with the likes of Path and Facebook, and loading and filtering through content felt fast and responsive. The interface and navigation will likely come in for criticism due to the fact it is hugely different from the native YouTube experience iOS users have been familiar with over the last few years, but change isn’t always a negative thing. Reports are suggesting that a native iPad version is currently in development, but one of the biggest changes will be accepting that videos will now show advertisements, but that does mean additional content has been unlocked away which wasn’t previously available. 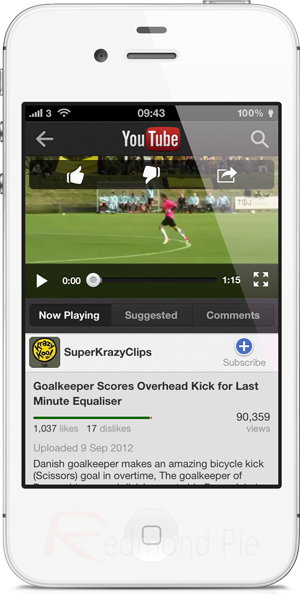 (Source: YouTube for iPhone and iPod touch on App Store)