Nokia surely is a bit sore and angry at fellow cellphone manufacturers like HTC and Apple. They had scheduled their annual event “Nokia World” for mid-September a long time ago and then High-Tech Computers (yes, believe it or not, that’s what HTC stands for) announces that they are holding their own launch event in London on the very same day!

I’d be a bit angry, no doubt but not angry enough to send a couple of young employees to HTC’s event with a giant red balloons saying “I know where I’m going with Nokia’s Ovi Maps”… 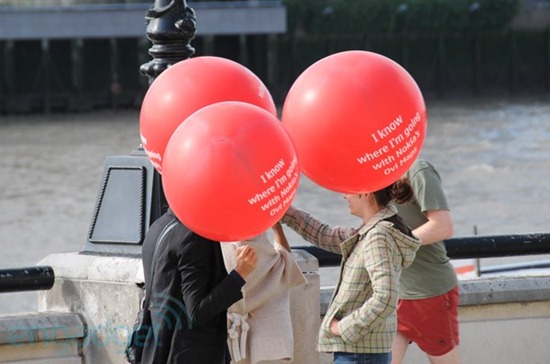 Or hand this out to people attending our event… 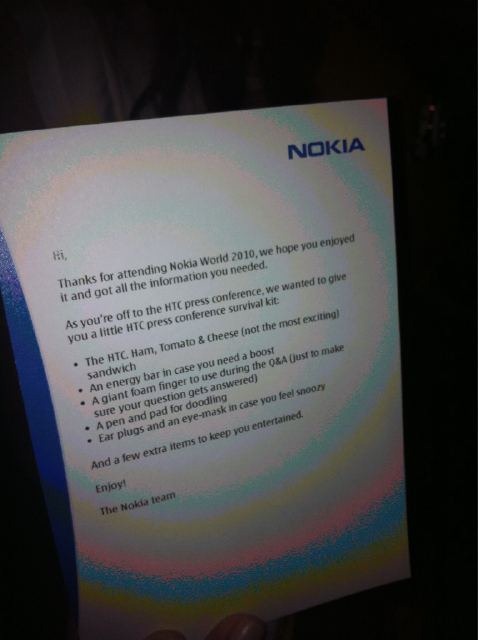 Believe it or not Nokia, whatever you might say, HTC still makes better cellphones than you!