Fans normally like to pose questions to their favorite stars and Steve Jobs is certainly not less than a celebrity for many. Earlier, we informed you about how a fan from Sweden sent an email to Steve Jobs, asking him about whether or not iPad will be able to tether with the iPhone? Steve Jobs, in his usual style replied to the email, saying. 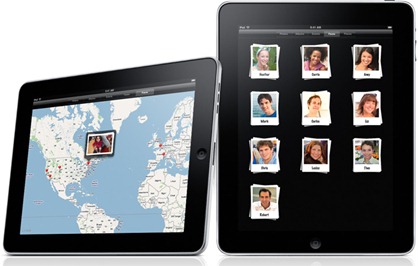 Today a UK reader has written to Steve Jobs asking him regarding support for Picasa Albums on the iPad.

…Are there any plans to support Picasa’s faces and albums in iTunes, so I can take full advantage of the [iPad] Photos application, since Photoshop Album is long discontinued. If not, please can you look into supporting the Picasa library format?

And the response from Steve Jobs was:

No, but iPhoto on the Mac has much better Faces and Places features.

Sent from my iPhone.

Instead of just telling him that Apple wouldn’t support Google’s Picasa format, Jobs stresses that iPhoto has a "much better Faces and Places features" than Picasa. Comments?  [via 9to5Mac]