It’s absolutely fair to say that Nintendo Switch has been something of a runaway success for a company that has suffered something of a bloodied nose with the Wii-U and to some extent, the Wii. The arrival of the Switch absolutely heralded a return to form for the Japanese game maker, and while it’s a very impressive piece of kit for a 1.0 release, what could Nintendo do with an updated version now that it has some additional manufacturing experience behind it?

That’s a question the folks over at Curved asked themselves before creating their concept for the Switch 2, and it looks pretty great. 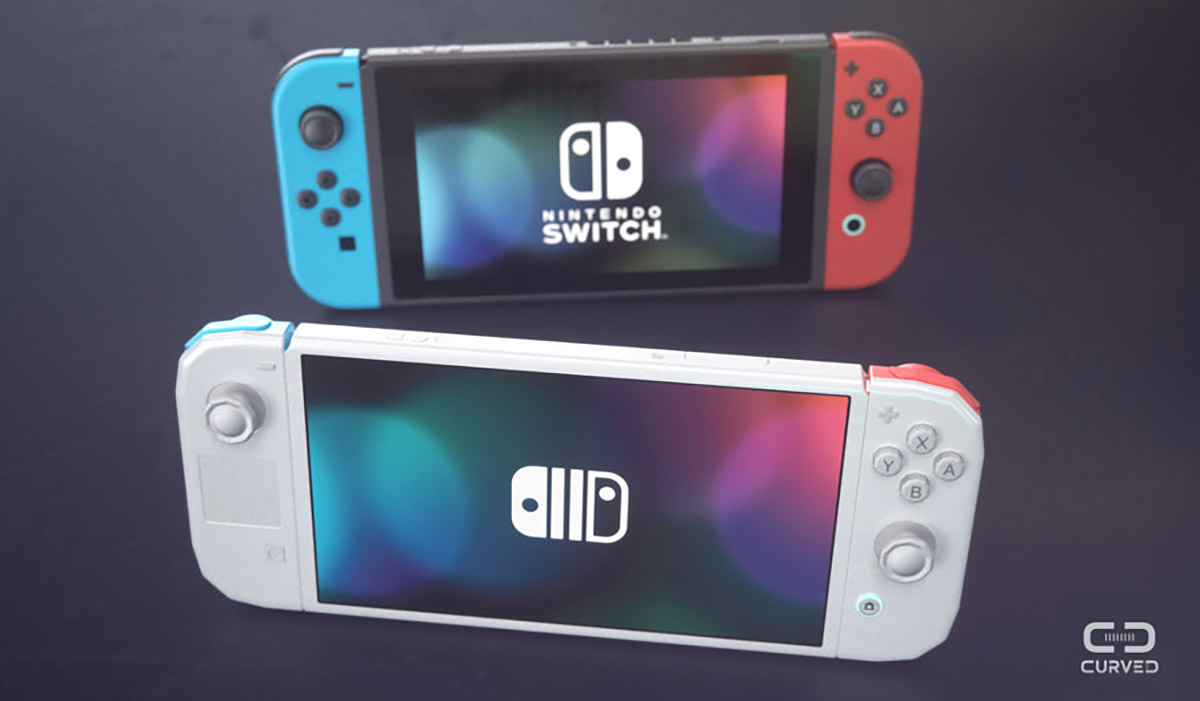 Fixing some of the few shortfalls that we all know the current Nintendo Switch has, such as that abysmal kickstand, this concept comes with 64GB of memory built in and a new 7.3-inch 1280×720 display up front. The new JoyCons also include the ability to be extended, perfect for those with larger hands who find things a little cramped as they are currently.

First of all, the capacitive touch screen with a size of 7.3 inches and a resolution of 1280×720 pixels catches the eye. The operating elements have been increased by 10%. The highlight: Extendable rails were attached to the Joycons so that the small controllers can quickly and easily be installed as required. The control pad is “water under the bridge”. In addition, the fold-out kickstand has been made more robust and offers more support when it is set up. In addition, a USB C cable can now be connected to this mode of operation the socket.

We are sure you’ll agree that this is a great looking Switch 2 concept, and if the updated Switch does look like this or offer the same features, then we are pretty sure Nintendo will have another runaway hit on its hands!