When it comes to Android smartphones, only the Samsung Galaxy S range can stake a claim to being more keenly sought than a new Nexus handset, and while talk of an LG-manufactured Nexus 5 has been rife for a good while now, a Korean site claims the device will arrive in October. Notably, the Nexus 5 will run on Android 5.0 Key Lime Pie, and with a high-end spec list to match, could be a killer device to challenge the collaborative effort from Motorola and Google.

As we know, Korean outfit LG Electronics is responsible for the highly regarded Nexus 4, the latest in a series of Nexus devices to hit that sweet spot between impressive hardware and good value for money. With Google branding, the Nexus smartphone series has been a popular outlet, and although the search giant previously teamed up with LG’s compatriot Samsung to bring the Galaxy Nexus, it looks as though the Big G will be sticking with LG for the next installment. 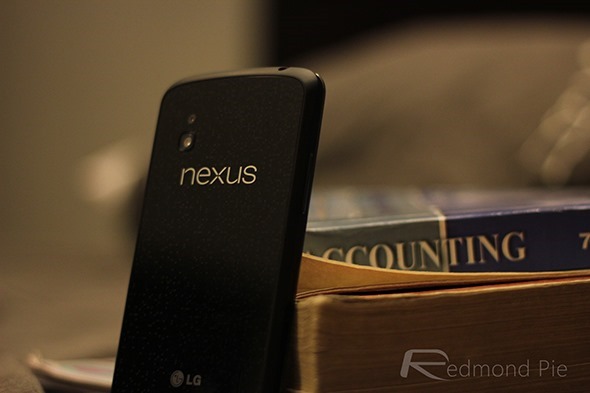 At this point in time, it’s hard to gauge whether the report is accurate or note, so we’ll have to sit tight and wait for more news on the topic. However, LG has hinted in the past of the existence of the Nexus 4’s eventual successor, and if it does transpire that the Nexus 5 is in fact being readied for October, it will almost certainly be the first smartphone running Android 5.0.

Google’s acquisition of Motorola Mobility looks set to bear some kind of fruit in the coming months, with the purported Moto X Phone (alongside a Moto X Tablet) dropping fairly soon if rumors are to be believed. Some say the smartphone end of the deal could rear its head as early as August, and it was hoped the device would be the first to run Android 5.0 right off the bat. However, if this LG Nexus 5 is the real deal, it would make a great deal more sense from Google’s point of view to release Key Lime Pie later on in the year.

At this stage, there are no details on specs, although we’d expect the standard high-end fare we’ve accustomed ourselves to with Nexus. There’ll probably be a high-end Snapdragon processor, a few gigs of RAM, and a decent rear snapper. Nexus cameras have been famously poor over the years, but with promises that standards would be improved in the future, we’ve high hopes for the shot taking and video capturing prowess of the Nexus 5.