After months of waiting, a long-promised accessory for the LG manufactured Google Nexus 4 is finally available to the general public. It’s not a pair of fancy headphones or a set of cases: just a wireless charger that aside from being visually appealing, removes the need for annoying cables around your device.

Any Nexus 4 smartphone can be easily attached to the charging orb thanks to their magnetic back; plus, thanks to the accessory’s plastic finish, it will fit nicely onto the device without scratching it, therefore users should expect their Nexus 4 to remain nice and shiny for years to come (or won’t be harmed by Google’s own product, at least). The dock is quite small, weighs only 130g and comes with a power adapter and a micro USB cable, making it easily portable and friendly for on-the-road use. 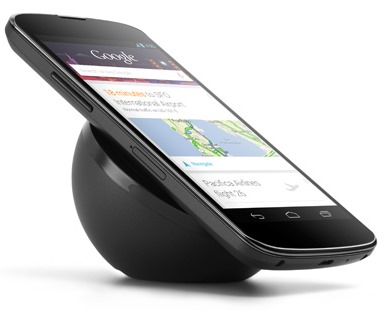 The lack of cables also means that you can rotate the phone easily into portrait or landscape mode, while the device is still docked. Maybe the most interesting feature about the charging orb is the phone’s behavior when it’s docked: unlike standard charging mode, a docked Nexus 4 will automatically display an image slideshow, news from Google Current or other useful information: it effectively turns the smartphone into a small digital frame.

The concept of wireless charging docks became a mainstream concept when Palm, a former smartphone company, shipped a smartphone with the feature back in 2009. While this device is no longer around, Google has clearly taken many cues from this implementation from four years ago: down to the dimensions of the dock and behavior of the phone when it is docked. 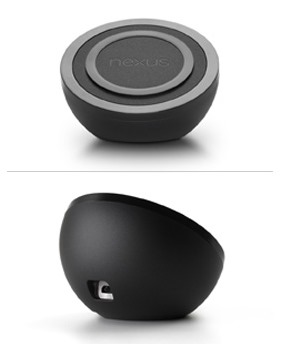 Ready to get your hands on one of these? If you are in the United States, you can pick one up from Google Play for $59.99, which is quite a decent price for quite a new technology. What’s more, since Google relies on the industry-wide Qi standard for its wireless charging, the Nexus 4 should work just fine with other wireless charging docks. The slower charging time might put off some users, however it can be much more convenient than constantly plugging and unplugging cables.

Is this the beginning of a new way to charge phones?