The iPhone 8 is definitely the hot subject right now, and with the software side of things set to get a sneak peek at the upcoming Worldwide Developers Conference in San Jose, the hardware portion of the next flagship iPhone is still leaking at a rate of knots.

The latest leak is courtesy of Engadget which has been able to create some 3D renders based on a “highly detailed CAD file” that was provided by a “reliable source in the accessory industry.”

The images created give us our first proper glimpse at what the new iPhone 8 will look like in its entirety, and certainly go some way to corroborating leaks which have appeared in the past. The same glass rear panel is here, complete with areas of the CAD file which appear to have room for the wireless charging hardware to live within the smartphone’s new body.

We have heavily suspected that the iPhone 8 will come with a dual-camera system for a while now, and that the lenses will be arranged vertically on the rear of the device rather than horizontally as seen in the iPhone 7 Plus. These renders depict exactly that, with the LED flash also being part of the new camera protrusion.

Around the front we can find an embedded Home button with Touch ID support as well as new, larger OLED display. The article in which the renders are shown does appear to be confused on which model this is however, suggesting it is “the smaller of the two next-gen iPhones.” Of course the renders do not confirm if the Touch ID sensor is embedded into the display, or if the OLED display is indeed an edge-to-edge one as has been the popular belief so far. 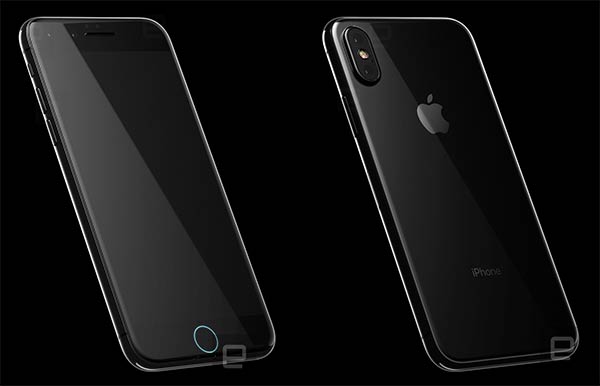 The iPhone 7s is anticipated to come in two screen sizes, not the iPhone 8, although everything else in this leak does match up. 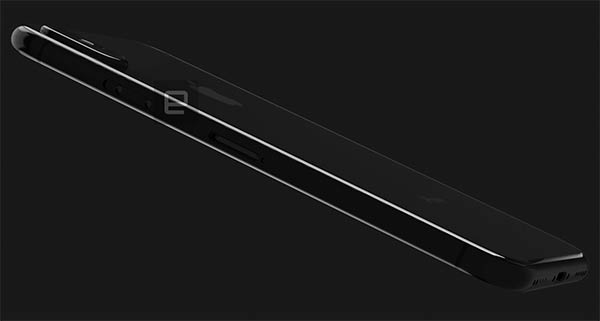 As we edge near to the iPhone 8’s impending announcement we expect to see more leaks like this. While Engadget has not confirmed as much, it is suspected that the CAD file that started all this, came from an iPhone case maker and if that is the case, there will no doubt be more to come. Hang tight folks, we’ll know more soon enough.