It’s already becoming an almost certainty that Apple will announce a new range of iPad Pro tablets in the next few weeks, and as tends to be the case, we are starting to learn more and more about them as we start to edge ever nearer to their official announcement. Today’s new information comes after a number of new model numbers were put through MIIT certification, with MySmartPrice making the discovery.

While we don’t know for sure whether the model numbers that have leaked today are for devices that will be announced shortly, it’s unlikely that anything further down the timeline would be appearing at this time. Still, that’s something to keep in mind when reading on. However, having been certified on September 29th, 2018, the model numbers A1876, A1980, and A1993 are now in play.

Expectations for new iPad Pros have started to reach a crescendo with hopes that we will finally see a Home button-less iPad announced by the end of October, although an early November launch is also a possibility.

With smaller bezels and Face ID in tow, the lack of a notch is also something that appears to have been confirmed by previous leaks. We may be looking at a nearly all-screen front for one or all future iPad releases. 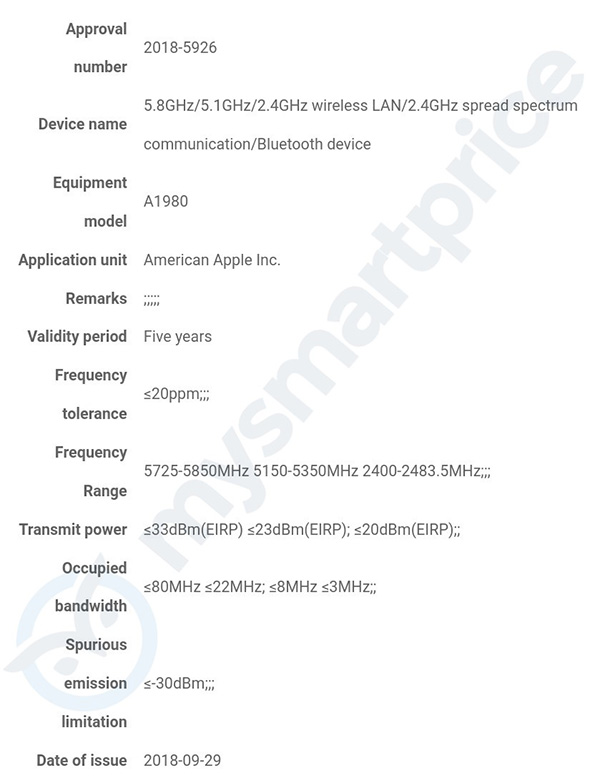