Apple has a history of giving with one hand and then taking away with the other. This time around, after releasing iOS 12.0.1 to the public for all compatible iPhone and iPad models, the Cupertino-based company has restored balance by stopping signing iOS 11.4.1.

It shouldn’t really come as any great surprise that Apple has now stopped digitally and officially signing iOS 11.4.1. Tim Cook’s company typically does this once a new firmware version starts to gain traction and once the new platform is established and considered entirely stable. 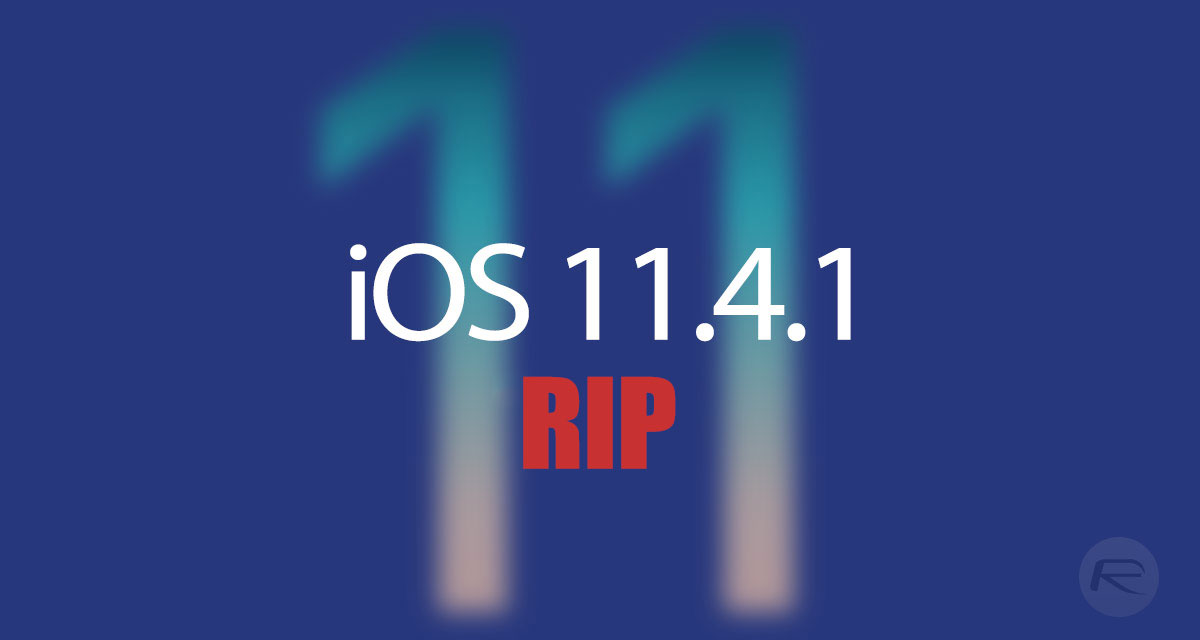 With the release of iOS 12.0.1, as well as the fact that iOS 12.1 is going through the internal and external testing process, Apple clearly feels that there is no longer any tangible benefit in supporting iOS 11 and offering device owners the ability to roll back to that firmware from iOS 12.

And yes, as you have guessed, this latest move means that there is no official way of getting back to iOS 11 if you have already moved to iOS 12.0 or iOS 12.0.1. Currently, this doesn’t, or shouldn’t, have any great impact on device owners. iOS 12.x.x is generally considered to be extremely stable across all compatible devices and has actually shown to offer performance improvements over iOS 11. And, from a jailbreak perspective, the latest version of Electra currently only supports up to iOS 11.3.1 so being able to roll back to iOS 11.4.1 from iOS 12.x.x wouldn’t actually yield any jailbreak-based benefits, although a future jailbreak, if released, may only be supported on iOS 11.4.1 but we will have to wait and see how the situation developers further on it.

As previously mentioned, it shouldn’t exactly be surprising that Apple has now stopped signing iOS 11.4.1. The company definitely doesn’t want people being in a position to be able to jailbreak their devices but equally as important to the business is trying to ensure that as many people as possible are running the latest firmware version to ensure that they get the best possible experience. This also includes the latest security patches and privacy enhancements, which are rife within iOS 12.

If you are currently sitting on iOS 11.3.1 and enjoying an Electra-based jailbreak then, of course, you should stay exactly where you are. If you have already upgraded to iOS 12 or iOS 12.0.1, then you have probably already made peace with the fact that you weren’t going back to iOS 11.x.x.

Apple has simply confirmed this with its latest move. It’s now a case of waiting patiently, enjoying everything that iOS 12 has to offer, and hoping that progress on a modern jailbreak is made that not only works on iOS 11.4.1 but also on iOS 12.0.x.