There has been plenty of discussion revolving around Apple’s recent method of bringing large, feature-laden updates to iOS on a yearly basis. Many have argued that doing so means that the company isn’t able to spend the time required to iron out as many bugs as possible. Those of such a persuasion are quick to point to some of the glaring issues that iOS 7 and iOS 8 have suffered from and, in all honesty, they probably have a point.

But thankfully, we aren’t in charge of Apple’s update cadence and we don’t have to make any decisions on what will or will not go into updates. That means that we can sit back and fantasize about what may be part of iOS 9 without the burden of what’s feasible. It just so happens we enjoy a good concept video too, so this new iOS 9 video by Ralph Theodory really ticks all of our boxes. 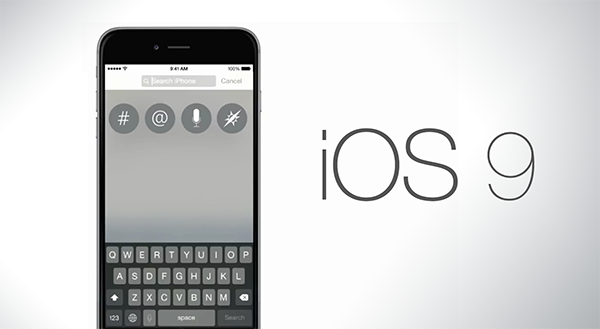 Inside the lengthy video are some really interesting ideas, not least the proposal that an iPhone could act as the hub for all devices signed into an iCloud account. You could, as a result, check the battery status of any of your devices be they iPhones, iPads or Apple Watches. Being able to remotely manage devices would be something we would definitely like in iOS 9, but given the work it would likely require we won’t be holding our breath.

Improved Spotlight searching and resulting actions are other features that would be welcome, and that’s a theme that runs through this video. Usually you will see features that don’t make much sense in the grand scheme of things when people make concept videos, but we’re fans of just about everything here. We won’t ruin it for you, just watch it and be inspired. Just don’t expect too much of it to make its way into the real iOS 9.

Rumors are flying around that iOS 9 will be purely a bug fix release and will be announced at WWDC this Summer. It’s also being reported that Apple’s next major mobile OS for iPhone, iPad and iPod touch will be available as a public beta soon after its announcement.