How Passcode And Other Security Measures Work On Apple Watch

The Apple Watch is a very exciting product, and one that could change everything, again. But while it’s easy to get caught up in the aesthetic perks and the numerous hardware and software-based features, one must also pay attention to the security aspect. Given that Apple Pay will be an integral component of Watch’s infrastructure, a secure environment is paramount, and since it took Apple years to offer decent anti-theft measures with the iPhone, many prospective consumers are wondering what happens to data if the device is stolen.

Well thankfully, there are a number of measures in place that will offer users some peace of mind. For example, Apple Pay is shielded behind an optional passcode. But the way it is implemented is very interesting and cool. No you won’t have to enter the passcode every time you want to use your Watch. It comes into play only when skin contact between your wrist and Apple Watch is broken. What this means is that you will only have to re-enter the passcode when you put your Watch back on. So if it’s snapped up by an opportunistic thief, they’re not going to be able to go around paying for items using your money or browsing through your personal messages, photos and mail. Setting up a passcode is optional, but if you activate Apple Pay, it does then become mandatory to set up.

As with a lost iPhone, the aftermath of losing an Apple Watch can be handled via iCloud.com. Once you log in with your Apple ID, you’ll be able to remove your cards with ease, and since the wearable is heavily dependent on the paired iPhone, anyway, it’d be of relatively little use to a criminal if stolen on its own.

Apple Watch is relatively useless without its accompanying iPhone, and where one may naturally assume that two digital gadgets equates to a heightened security threat, it actually, in a roundabout way, acts as a double lock. With that said, Apple Pay could be infiltrated if the passcode of the Watch was known to the intruder, so while the Cupertino company has taken steps to shore up security, it’s not a perfect system. 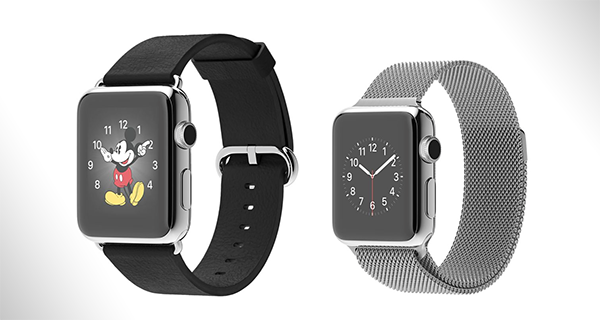 So, while Apple Pay seems legitimately covered, that just leaves the small matter of recovering a lost device. With some of the prices that Apple has confirmed already, losing or having a Watch stolen would be disastrous, and while a Find My iPhone-incarnate for Apple Watch could soon address this, there’s no word yet on whether that will be available at launch.