Apple’s iOS 9 brought with it a bevy of new features, and while some of them are very much the kind of thing many won’t feel too strongly about, the ability to watch video in Picture-in-Picture mode on an iPad is one that can be of a real benefit if you find yourself in a situation suited to it.

While Apple’s own Videos app and videos played in Safari supports the Picture-in-Picture mode and developers have access to an API that allows them to take advantage of the feature themselves, there is one Apple-produced app that also supports it but you may have missed.

FaceTime, the video and now voice calling system that allows iOS users to converse with one another via iPads and iPhones now also has the ability to use the new iOS 9 Picture-in-Picture capability, meaning anyone in a video call via FaceTime can reduce the video to a small window that can be moved around the iPad’s screen at will.

The feature, which is supported on iPad Pro, iPad Air or later and iPad mini 2 or later, is invoked by pressing the Home button during a video call. The video then acts like any other Picture-in-Picture video and can be moved around the screen or made full-screen once again with the touch of a button – anywhere systemwide in iOS, be it the Home screen or any app.

The ability to run a FaceTime call in a window is huge for anyone that needs to be able to see other apps or content whilst on a call, which could be a lot of people given the iPad’s current focus on once again trying to replace the PC. The introduction of the iPad Pro shows that Apple is trying to push the iPad forward once more, and multitasking in all its forms is part of that push. 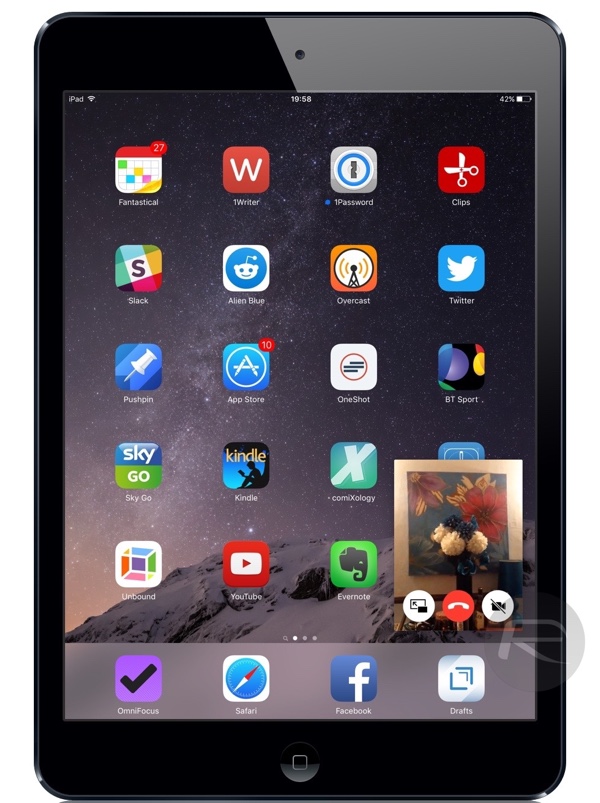