New in iOS 11 is the ability to passcode / Touch ID protect ‘return missed calls’ feature from the Lock screen. Here’s how it exactly works.

Apple isn’t planning on rolling out iOS 11 to the general public until later in the year, but that doesn’t mean that we can’t interrogate the early developer and public betas to find out what new improvements have been put in place. We’ve discovered a growing list of improvements over the last few weeks, with the latest being that users with iOS 11 installed are now able to instantly turn on or off ability to return missed calls directly from the Lock screen based on whether a passcode/Touch ID is enabled or not. 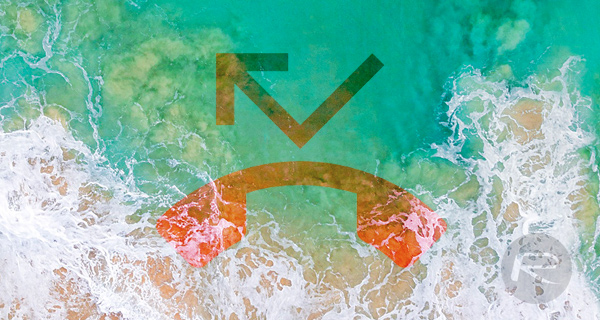 In older versions of iOS, this simply wasn’t possible for a device which was protected by a passcode or the Touch ID functionality. That would have essentially meant that if a device was lost or stolen, and there was a missed call on the display, the individual in charge of the device would have been able to place or return a call from that notification.

Now, with the advent of this new feature, calls can be returned on the basis that the passcode or Touch ID is entered/authenticated into the device to confirm that it’s the phone owner making the request.

This new feature is accessible by users through the iOS 11 Touch ID & Passcode settings on the device. When heading into the native Settings app, choose Touch ID & Passcode, and then look for the toggle which is assigned to the Return missed calls functionality at the bottom of this list. Toggling it On simply means that it will be possible to return missed calls from that list even when the device is locked.

Toggling it off will, of course, require a passcode or Touch ID being authenticated before allowing to return call from the missed call notification on the Lock screen. 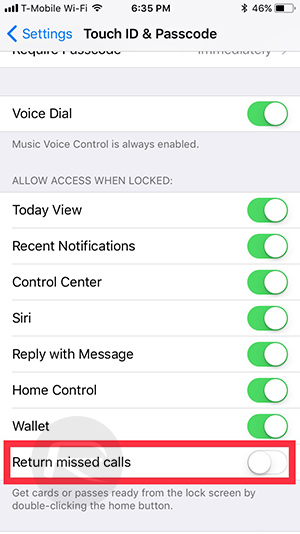 It’s a relatively small feature improvement for iOS when you put it into context against the bigger wholesale changes and improvements. However, as we have said previously, and as we will likely say again going forward, it’s generally the collection of the smaller improvements which make the platform engaging and appealing to the wider smartphone community.

As Apple progresses iOS 11 in the coming weeks and months, we can expect to see more of these little features and improvements popping up. But for now, those who are interacting with iOS 11, either as a developer or a public beta tester, can get to grips with this new feature now.