Apple appears to have filed a patent that could become increasingly useful in a world where we are all spending less time together and more time apart. The patent allows users to take selfies with a group of people even while they are in different locations.

Amazingly, the patent was first filed two years ago despite the fact it perfectly fits the current use case in 2020.

The patent even has a benefit over the normal, traditional group selfie – it can be altered at will with people moved around the image depending on how they want it to turn out. Don’t like the idea of being stuck at the back? No problem, you can move yourself to the front.

The process for creating a group selfie using this patent appears to involve all users taking individual selfies and then removing the background from them. Software them combines all of the images and a single background is placed behind all of the people involved. Think of it as a progression of Apple’s Portrait mode and you will likely have an idea for how this will work.

As for creating the images, there’s a mechanism that could also use something like AirDrop to move them between devices. Although there is also a provision for things being handled when users aren’t in the same physical space as well. 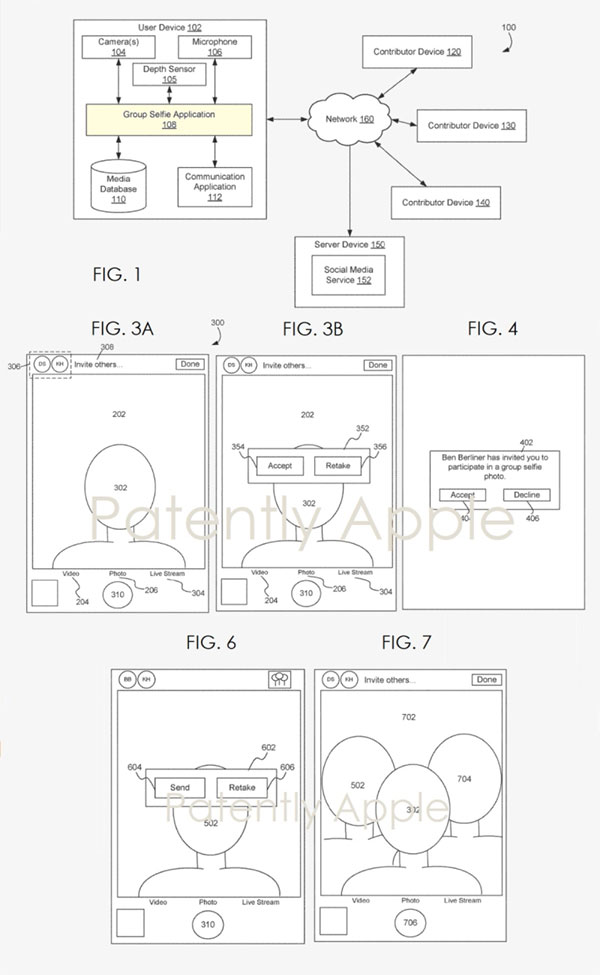 There’s no indication when this patent could come to fruition, if at all. But it does provide another example of why Apple’s use of depth mapping and even LiDAR Scanners could be more important than ever moving forward.