If a game gets to see the kind of the success as the Need For Speed franchise, a motion picture tends to be something of an inevitability. The Need for Speed movie, which has already been confirmed for those that missed the memo, pretty much writes its own script, and as a recently released teaser trailer demonstrates, this flick is going to give The Fast And The Furious a run for its money for pulsating, rubber-burning, white-knuckle racing madness. The video is a must watch and can be found right here after the break!

Then again, that’s not necessarily a bad thing. Those turning out to see the recently released Fast & Furious 6 will have known what they were going to get before they stepped in the theater, and even after so many iterations, it seems as though fans still cannot get enough of fast cars and high octane crashes.

The Need for Speed movie trailer clip offers very little by way of surprise, but it’s certainly good to finally get a glimpse of what’s in store. Having been in filming for just over a month, the creators of the movie have felt the need to remind fans of what they’ve to look forward to. As you’ll see from the video embedded at the bottom of the post, all of your heavily lauded supercars are thrown into the pot; from Lambo all the way to Bugatti.

The Need For Speed game franchise has spawned a variety of platforms, been around for a number of years, and seen countless titles during the course of its tenure. But with each and every new version seeming little more than a casual rehash of the one released just before it, the flick will be seen as the perfect way to keep fans interested and improve the brand in general. 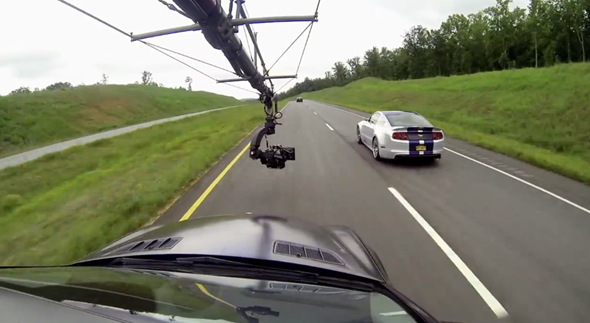 Having seen Fast & Furious 6 and felt as though it had reached the end of its hit parade, I think the Need for Speed movie could be the perfect way to breathe new life into a street racing genre that seems rather spent and washed-up at this point in time. Check the clip below, and let us know if you agree by leaving your thoughts in the comments section.