Motorola Sholes Tablet aka Droid 2.0 Captured in the Wild

A Russian site by the name of Mobiset.ru has managed to grab, what looks like first clear photographs of the upcoming sequel to the popular Motorola Droid phone, called Sholes Tabled. Sholes Tablet, which is also sometimes knows as the Droid 2.0 will be the flagship device of Motorola in the year 2010 and it is most likely to ship with Android 2.1 in the first half of 2010. 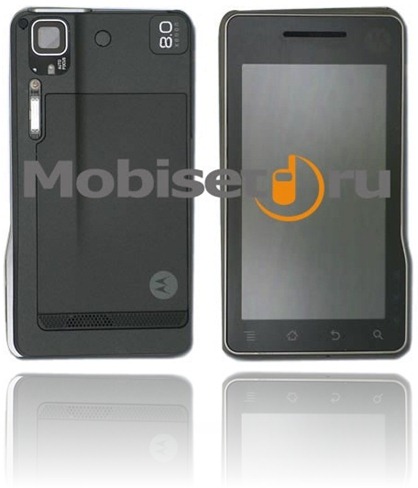 This device, unlike the Droid phone, has HD playback capabilities though a HDMI port, and it can output and record HD 720p videos with its 8 megapixels camera. It also has 3.7 inches 840×485 WVGA capacitive multitouch display with no physical keyboard onboard.

Motorola Sholes Tablet (aka Droid 2.0), Google Nexus One, HTC Bravo/Passion and Sony Ericsson Xperia X10 are the four Android powered phones to really look forward to in the first half of the year 2010. [via BGR]