If you’re a regular reader of this site, you’re probably aware that Apple’s WWDC will take place next week, starting on Monday, June 6th. Apple is now dressing up the Moscone Center, a convention center where the conference will take place. 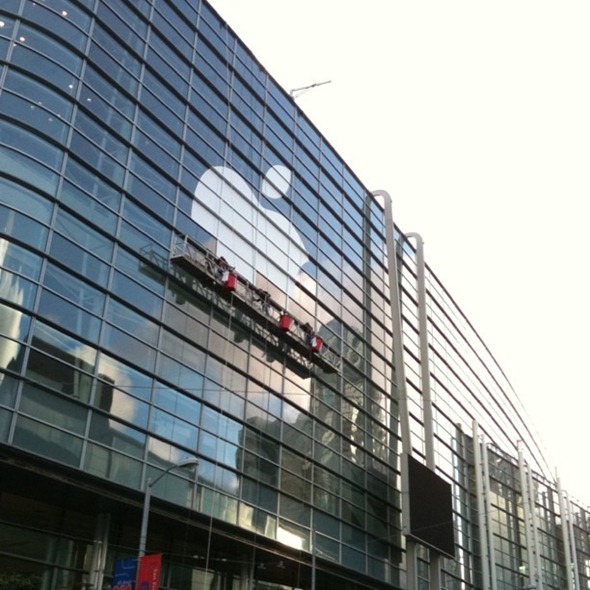 As you can tell, the work must have halted yesterday, since the Apple logo isn’t complete yet. That said, we’re already getting a feel for what Moscone Center will look like at this year’s WWDC: pretty much the way it looked in the previous years.

The picture above is not the only gem we’re getting to see thanks to smartphones, Twitter, Instagram and Apple aficionados. Other fans have snapped other pictures, some of them actually great-looking.

The convention center at a distance, with a clearly visible Apple logo: 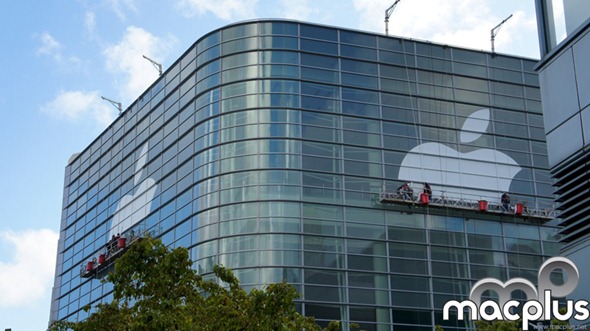 Workers putting up the Apple logo earlier that day, similar to what happened in previous years: 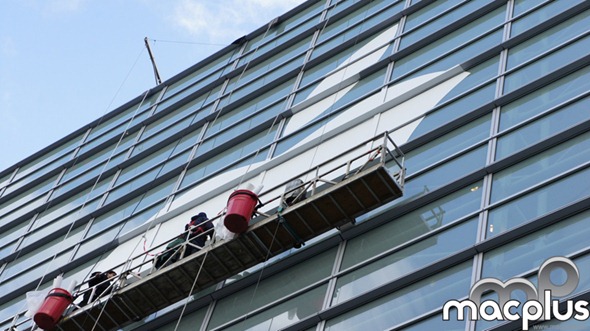 Another shot of workers putting up the logo: 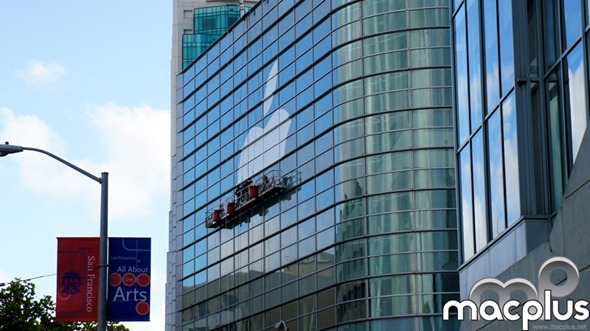 Another shot of the Moscone Center, with the prominent unfinished Apple logo: 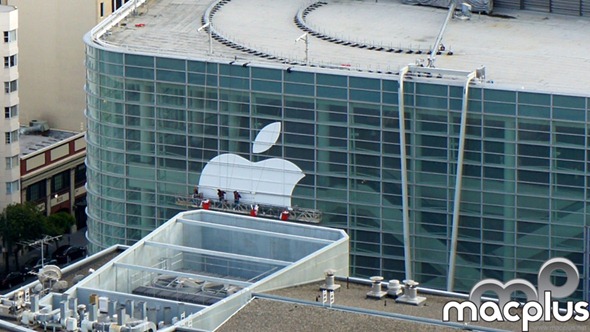 "WWDC" stands for Worldwide Developers Conference, and as the name implies, it’s Apple’s yearly one-week conference aimed at developers. Many developer-oriented session are held throughout the week, providing developers with guidance on how to take advantage of Apple’s newest features and technologies. There are also going to be engineers on site to assist developers on how to build better and more efficient applications.

WWDC, on the other hand, also has a fairly broad appeal, since many products are announced at the conference’s introductory keynote, usually held by Steve Jobs along with other Apple executives. Over the years, many new versions of Mac OS X have been unveiled at the conference, such as Mac OS X 10.3 Panther at WWDC 2003 and Mac OS  X 10.5 Leopard, first introduced in 2006 and further previewed at the same conference one year later. In addition to Mac OS X releases, the company has also announced new iPhone hardware at the conference for 3 years in a row, although that might not be the case this year.

Yesterday, Apple issued a surprise press release detailing what it plans to unveil at this year’s WWDC, a rather uncommon practice for the Cupertino company, which tends to keep its products secret until the very last minute. According to said press release, iOS 5 will be unveiled, as well as a near-final version of Mac OS X Lion and iCloud, a new Internet service. Something the company didn’t mention was new iPhone hardware, which could either mean that it won’t be announced at all, or that it will be a surprise announcement.

As the conference draws closer, the rumor mill will almost definitely keep churning out rumors. We’ll keep you updated.