MoDaCo.Switch Arrives For Galaxy S4, Switch Between Stock And TouchWiz ROMs On The Same Device [VIDEO]

Late last month, MoDaCo.Switch for HTC One was released, allowing owners of the device to readily flit between Sense and stock-based ROMs on the exact same device. Now, the developers have brought forth a corresponding version for the Galaxy S4, adding more diversity to the already very powerful Android handset. So, if you like the idea of having both untouched Android and Samsung’s TouchWiz-ified version at your disposal, then check out the details after the break.

The last we heard of MoDaCo, developer Paul O’Brien had thrown up an Indiegogo project looking to raise a small sum to bring the software to the most popular high-end handset on Android. Although the MoDaCo project has slipped under our radar recently, it would appear the move to crowdsource was a successful one, and MoDaCo.Switch for the Galaxy S4 has now been prepped and readied for prime time. 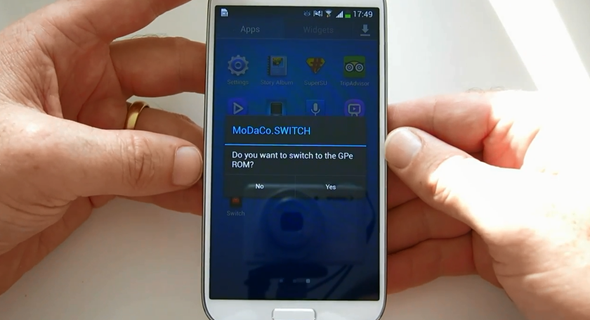 Offering users the ability to switch between stock Android and Sense was something many HTC One users had been yearning for, and those who’ve been patiently waiting for the Galaxy S4 version have now had their prayers answered.

While TouchWiz does offer plenty of useful features, it’s not necessarily a feature you’re going to need there at all times, and MoDaCo.Switch provides the best of both worlds. At this point in time, the builds are just in beta, but as we’ve seen with previous betas of the HTC One version, stability is impressive even at such an early stage with MoDaCo. 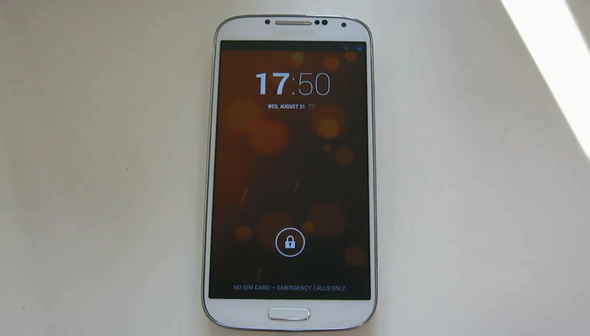 Unfortunately, the beta is currently only available to those who coughed up and contributed some funding to the Indiegogo project, and although this may disappoint those who’ve been waiting, I think it’s more than fair that backers get first dibs. Trust us, it’s fair.

Progress is usually swift with MoDaCo.Switch, so if you have been looking forward to being able to slip between stock Android and TouchWiz Android at the drop of a hat, chances are, you’re not going to be waiting for any significant length of time.

Still, you can check out the current progress of the beta at the MoDaCo forums, and with O’Brien noting of plans to support more devices and ROMs in future, we’ll be sure to keep you guys updated.