A new report claims that Microsoft will bring its xCloud game streaming service to iOS by launching a web app rather than doing battle with Apple and its App Store rules.

According to Business Insider, a web version of xCloud is already being developed.

Microsoft is working on a “direct browser-based solution” to bring xCloud to iOS early next year. Sources familiar with Microsoft’s plans tell The Verge that the company has been developing a web version of xCloud to run on iOS and iPadOS devices, alongside continuing its work on an app that it hopes will also eventually run on Apple’s platform.

Apple has already stopped Microsoft from bringing xCloud to the App Store over concerns about the streamable games and their lack of App Store rating and approval. But Apple doesn’t have control over what people do in a web browser, and Microsoft intends to take full advantage of that fact.

Spencer, who has said publicly he’s determined to offer Game Pass to Apple users, told employees the company is exploring getting to iPhone and iPad devices through their browsers. 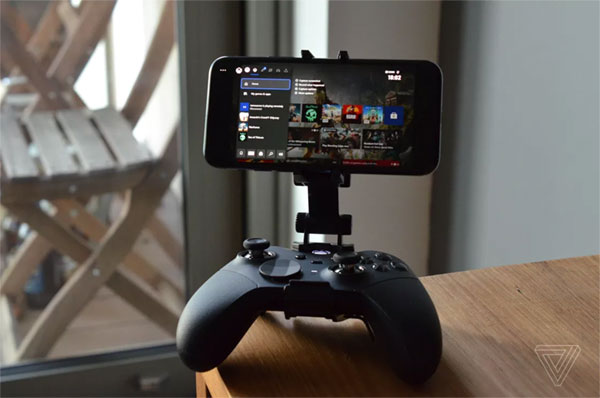 A hint as to what that might look like comes from Amazon, which says that it’s able to bring its forthcoming cloud gaming service Luna to iPhone by offering it as a web app.

There’s no current indication as to when gamers will be able to take xCloud in on iPhones and iPads, but it isn’t expected to come to Windows 10 PCs until next year. That should probably indicate we still have a good long while to wait.