The way that traditional programming languages work is that an app built for one platform will, by and large, not work on another. So if you have a service that you want to run on Windows, Mac and variants of Linux, you must program different apps to suit the platform in question. This time-consuming rigmarole is one of the primary reasons why many apps are only available on one or two platforms, since a developer doesn’t often have the time and or resources to cater to other audiences, but through Visual Studio Code, Microsoft is looking to simplify the situation. 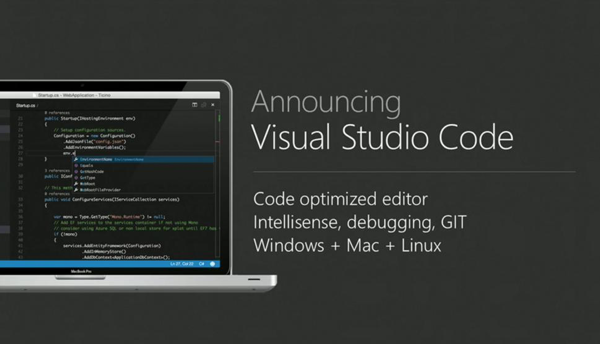 Visual Studio Code allows a developer to create Web and cloud-based apps that will run on each of the three major platforms, and while the app is still in preview, anybody looking to test it out can do so by checking the link at the foot of this article.

The full version of Visual Studio remains confined to Windows, but today’s announcement is a major statement of intent, and in demystifying the process of creating apps for larger audience, programmers are likely to jump on this.

Visual Studio Code supports multiple languages, and offers a myriad of tools necessary for the smooth development of cross-platform apps including syntax highlighting and snippets.

It was late last year that Microsoft announced .NET Core would be going open source and launching cross-platform, and the introduction of Visual Studio Code is yet another tick in the company’s attempt to draft in developers while unifying the application in general. 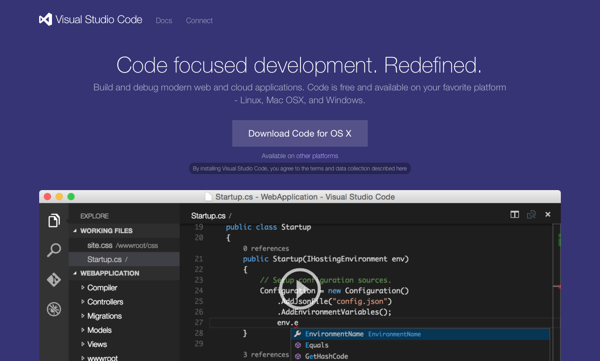 So, whether you’re on Windows, Mac or Linux, you can now use Visual Studio Code to create apps in .NET along with most other languages, and getting started is fairly simple. Just point your browser to code.visualstudio.com/download, pick your platform, and you’ll be good to go.

It is, of course, completely free, and if you do give it a whirl, we’d love to hear of your initial impressions via the comments section.