Microsoft has just updated its OneNote app for the iPad, bringing in a host of new features to the fore. And we’ll take a look at what’s new right after the jump.

The OneNote app for iPad now carries a new handwriting mode – or inking feature, which allows you to scribble directly on your notes with freehand movements, using your fingers or any third-party stylus. Given it’s 2015, such a feature should hardly seem surprising in the fast progression towards intuitive note-taking apps that we see today, and the fact that Windows and Android versions of OneNote had been carrying this feature for almost a year. A spokesperson of the Microsoft’s OneNote team said, “OneNote for iPad reflects lessons we’ve learned over the years by from studying and understanding how people use pens.” 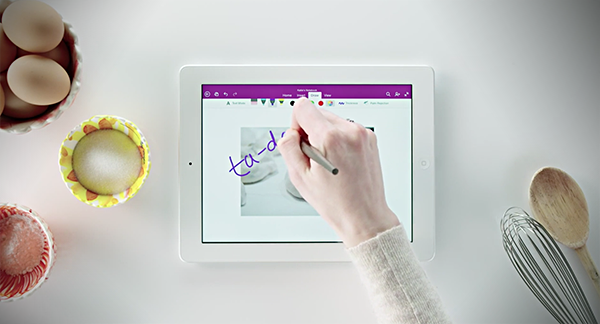 The whole handwriting action has been coupled with a much needed ‘Palm Rejection’ feature, which allows you to set your preferred style of holding the stylus so as to avoid accidental palm touches on the surface. There are plenty of tools to help make your writing experience a rich one, with an array of brush styles and colors to choose from. 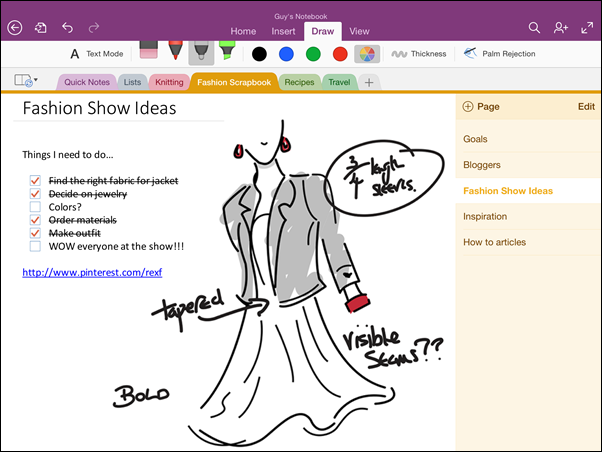 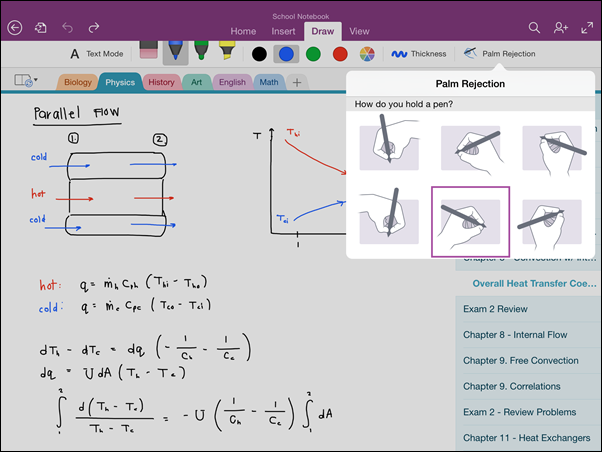 OneNote for iPad is also bringing in the popular optical character recognition (OCR) to not only convert printed text into digital content, but even better, allowing users to directly search for text in any image or photo containing printed characters, giving them a whole new way of extracting useful content for note-taking purposes in a quick and efficient manner. The process will take around four to five minutes to fully index the content, and once done, will be searchable across OneNote on Macs, PCs, phones and tablets. 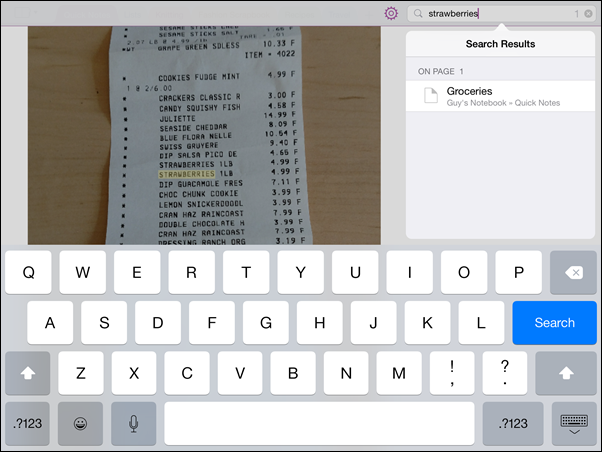 Kudos to Microsoft for making a neat little app into a feature packed must-have with the release of these new features. As put by Microsoft, “…one major feature that has been missing from OneNote for iPad is handwriting. With today’s update, you can pen notes…Select a pen, marker, or highlighter and write, sketch or doodle until your heart’s content.”

You can download OneNote for iPad from the link which we’ve embedded below.