Microsoft has been busy with a handful of new hardware announcements to go alongside the release of new software, the Windows 10 Fall Creators Update. The hardware is a mix of new notebook computers and a new mouse, and while the latter of those two could perhaps go missing when announced alongside a whole computer, it’s actually worth noting.

So yes, Microsoft has announced the Surface Book 2, and the Surface Precision Mouse. We take a look what these two hardware bring to the table. 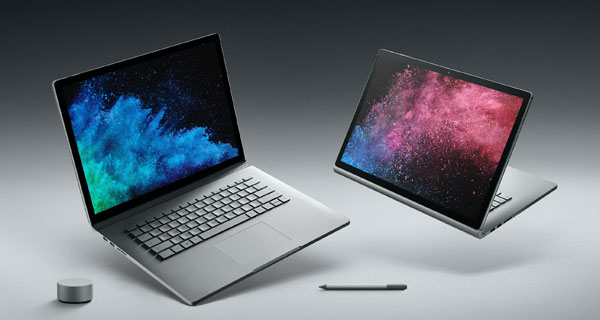 Surface Book 2: Starting off with the bigger news though, Microsoft’s new Surface Book 2 is a thing, and it comes in two flavors – there are 13.5-inch and 15-inch models to choose from with a slew of different configuration options to choose from across both sizes. As far as big changes are concerned, the main one is the inclusion of eighth-generation Intel Core processors which means there is now a quad-core option for those who require a little extra grunt. The graphics processor included depends on the screen size plumped for though, with the 13.5-inch version shipping with an Nvidia GeForce GTX 1050 with 2GB of memory.

The 15-inch Surface Book 2 has a GTX 1060 with 6GB of graphics memory, but of course this being a full-fledged notebook computer there are plenty of configuration options to be had so you can tailor everything to your needs.

Externally, the same funky hinge is present and it has even been improved – it’s now stronger and smaller, allowing it to take up less space on the chassis while still doing the important job of keeping the screen attached to the notebook’s body. That body holds the slightly tweaked keyboard design, too, although you may be hard pressed to notice the visual changes.

Price wise, expect the 13.5-inch model to start at $1,499, and you’ll have to hand over $2,499 for the 15-inch version. This is of course the base model, so configuration options will increase that somewhat. The Surface Book 2 will be available for pre-ordering starting November 9, and availability is expected by November 16.

Surface Precision Mouse: One thing that might be worth considering is the new Surface Precision Mouse, a pointer that looks distinctly Microsoft while also having an appearance that looks fresh at the same time. The mouse can work in both wired and wireless modes via a micro-USB connection, and there are three side buttons that can be customized in the usual ways. 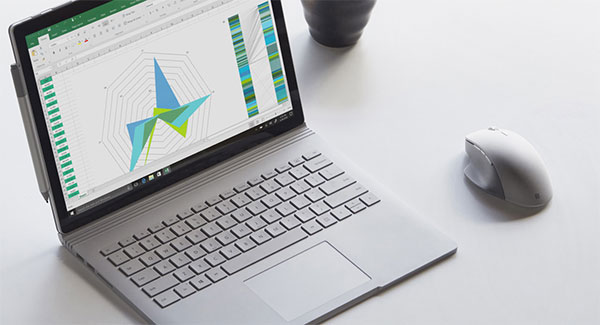 The mouse can be paired with up to three devices at once, meaning you can use it across your notebooks and desktop computers without having to re-pair things constantly. Want to pick one up? If you’re in the United States or Canada then you can do just that from the Microsoft Store and Best Buy for $99 USD, and it will ship on November 16. 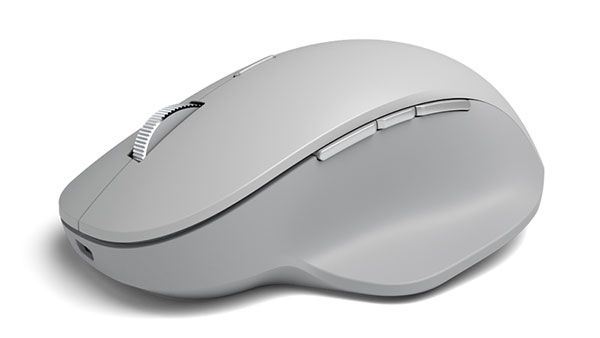