Download: AirDroid For iOS Released As Cross-Platform Alternative To AirDrop

After gaining a fairly impressive following on the Android platform for its ability to seamlessly transfer files with lighting quick speed and efficiency, the excellent AirDroid file transfer app is now available for iPhone, iPad, and iPod touch devices running iOS 9.0 or higher via the official iOS App Store.

Those individuals who are heavily invested in Apple’s ecosystem have likely been relying on technologies like AirDrop to transfer photo and video files from one device to another. Apple’s AirDrop protocol is offered on iOS devices like iPhone and iPad, as well as hardware running macOS, meaning it’s been possible to transfer files around Apple ecosystem fairly seamlessly and easily. 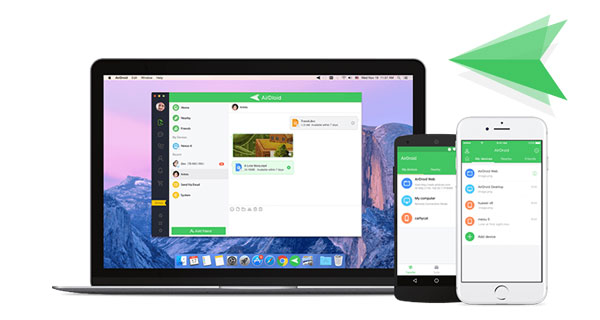 However, a problem has always been faced when an iPhone or Mac owner needs to transfer a file to or receive a file from, an individual who is running Android. That’s where AirDroid stands strong. Using the app essentially means that those device owners will be able to seamlessly and wirelessly transfer files between iOS and Android devices, as well as between PCs and machines running Windows or Apple’s macOS. The team behind the platform have even gone a step further by putting a web client in place which gives users an additional layer of control over structuring and organizing all of their transferred files directly from an easy-to-use desktop-based interface.

In fact, AirDroid is actually used frequently by device owners in 150 different countries, which instantly shows the versatility and worldwide appeal of a platform of this nature. It’s also quite an important point to note that file transfers can be extremely fast, with an “up to” transfer rate of an impressive 20MB/s.

What makes it all even better is that the application is entirely free-of-charge to download and to create an account which should get you up and running with transferring files cross-platform immediately.

(Download: AirDroid for iPhone and iPad from the App Store)