It’s well documented that when it comes to mobile malware, Android is by far the biggest target, and as such, many of the big-name security firms have come through with apps and measures to help protect the many millions using Google’s flagship OS. Malwarebytes is the latest to join the fray, having just introduced a rather versatile app that not only looks out for potentially malicious intrusion, but also helps take care of your privacy.

An increasing number of security app makers are seeing the value of developing and expanding services to Android, and having become something of a household name among Windows users, Malwarebytes Anti-Malware is now available to download from Google Play. Following the example set by several companies before it, the Malwarebytes team has put together a pretty tidy defensive app, which not only does as it purports, but also presents the user with a neat, inviting and easy-to-navigate interface. 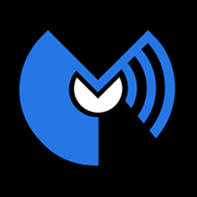 Protection from malware is something every mobile user requires, and the Malwarebytes app does this without issue. You can run a quick scan at any time to ensure your apps and OS are clear of any potential threats, and if you like things to run automatically, you can readily set a scheduled scan time; middle of the night – when a device is docked in its charging bay – is usually perfect for a quick bit of housekeeping. 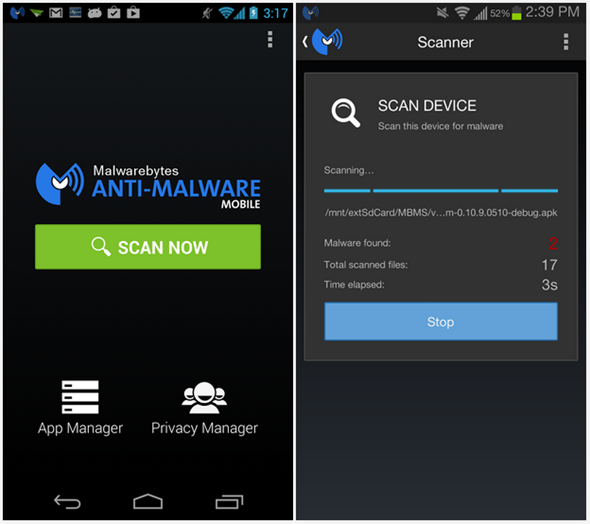 While its malware credentials are known to many, it’s the Malwarebytes privacy manager that perhaps rouses the most interest from this release. Within it, you can tweak and manage permissions, which basically pertains what kinds of data certain apps are allowed to see. With some developers having been pulled up for seeking access to areas seemingly unrelated to the functionality of an app, this is always a handy feature to have in the locker, and arguably sets Malwarebytes for Android ahead of the rest.

The security audit feature will check your device’s settings to ensure you’re making the necessary provisions against threats, and considering the app is also completely free of charge, it’s definitely worth checking out.

(Download: Malwarebytes Anti-Malware for Android on the Play Store)