Apple’s iOS 7 has brought forth many changes, but the most immediately obvious alteration is the revamped user interface, which takes on a much flatter approach compared with the previous skeuomorphism. Apple’s enigmatic design king Jony Ive is credited with coming up with the new look, but whilst many have lauded the intricacy of the new icons and various elements, Vaclav Krejci shows just how very easy it could have been for Ive to create the look using only tools found in Microsoft Word.

Of course, the likelihood of Apple, one of Microsoft’s biggest rivals, using Word for such an important update would seem slim to none, but if you look at the video clip below created by Krejci, it’s interesting to see how easily he managed to re-create some of the icons and such using just Word. Yes! Just Word! Let that sink in for a few minutes. 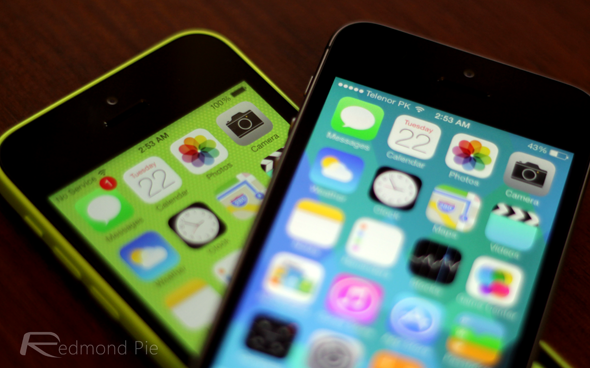 All of the stock icons have been recreated by Krejci using Word, and although there are some noticeable differences between his efforts and those that made the end-user release of iOS 7, it’s interesting to see just how much time Ive might have saved had he sought the toolset offered by Microsoft’s popular word processing app.

It would be rather funny if, in his life story some years from now, Ive revealed that actually, he was challenged to create a new look in Word and simply went with it, but even though it would be an audacious and ironic twist, it’s very, very unlikely to have been the case. After all, Apple is always swift to point out where and when competitors may have borrowed some of its own ideas, so such a move – even in jest – would go against everything Apple stands for.

That being said, the ten minute video clip below does show each icon being made almost to perfection. If nothing else, it does mean that when a jailbreak of iOS 7 becomes possible, those looking to customize their home screen using WinterBoard or similar will be able to do so without having to consult the bamboozling interfaces of Photoshop and the like.

Check out the video embedded below, and be sure to leave your thoughts via the comments section.

Thanks, Robert for the hat tip!