Apple’s WWDC22 event is now up and running and the opening keynote gave us our first looks at a ton of new software, not to mention some new Macs. Those Macs will get a new software update of their own later this year when macOS Ventura ships. And there’s a lot to take in!

There’s a lot in this new update so let’s not waste any more time — let’s dive in! 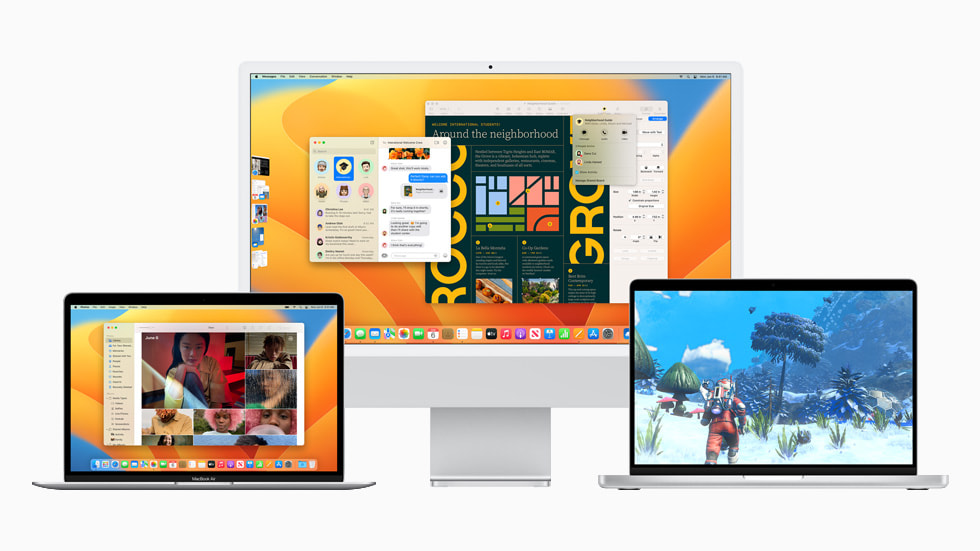 Apple’s updates this year seem to have a focus on productivity, with a new Stage Manager feature designed to help people multitask more efficiently. Apple says that it will allow people to concentrate on their work and see everything in a single glance.

The current window users are working in is displayed prominently in the center, and other open windows appear on the left-hand side so they can quickly and easily switch between tasks. Users can also group windows together when working on specific tasks or projects that require different apps. Stage Manager works in concert with other macOS windowing tools — including Mission Control and Spaces — and users can now easily get to their desktop with a single click.

Apple is now opening Continuity up to allow people to sue their iPhone’s camera on their Mac, perfect for making FaceTime calls and more. The feature will allow them to use the advanced camera options of modern iPhones including Center Stage, Portrait Mode, and a new Studio Light feature. 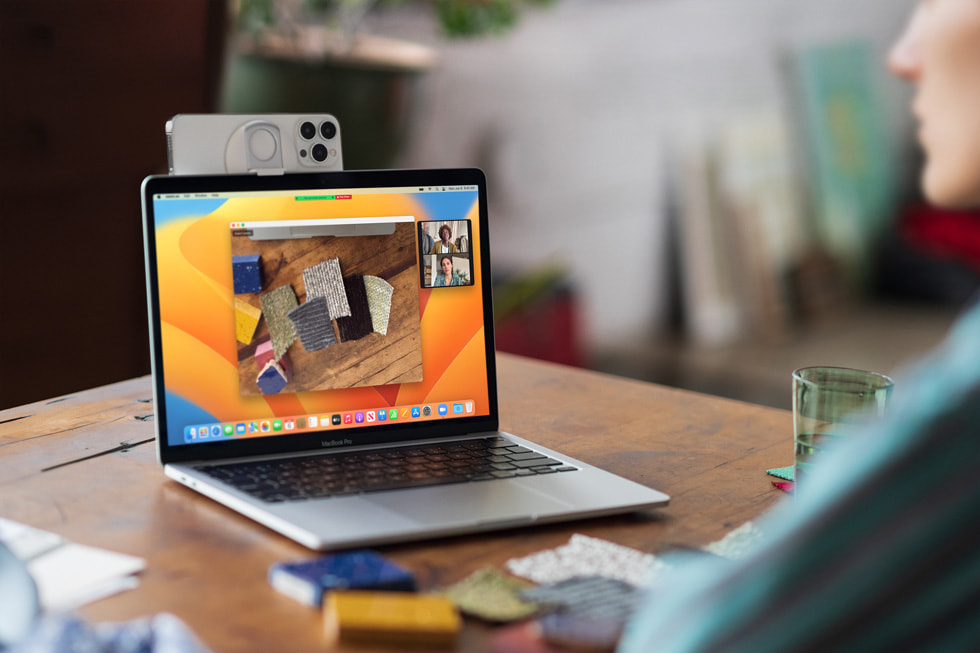 Desk View will also be able to share images of someone’s face and an overhead view of their desk at the same time.

With the power of Continuity, Mac can automatically recognize and use the camera on iPhone when it is nearby — without the need to wake or select it — and iPhone can even connect to Mac wirelessly for greater flexibility.3 Continuity Camera delivers innovative features to all Mac computers including Center Stage, Portrait mode, and the new Studio Light — an effect that beautifully illuminates a user’s face while dimming the background. Plus, Continuity Camera taps into the Ultra Wide camera on iPhone to enable Desk View, which simultaneously shows the user’s face and an overhead view of their desk — great for creating DIY videos, showing off sketches over FaceTime, and so much more. 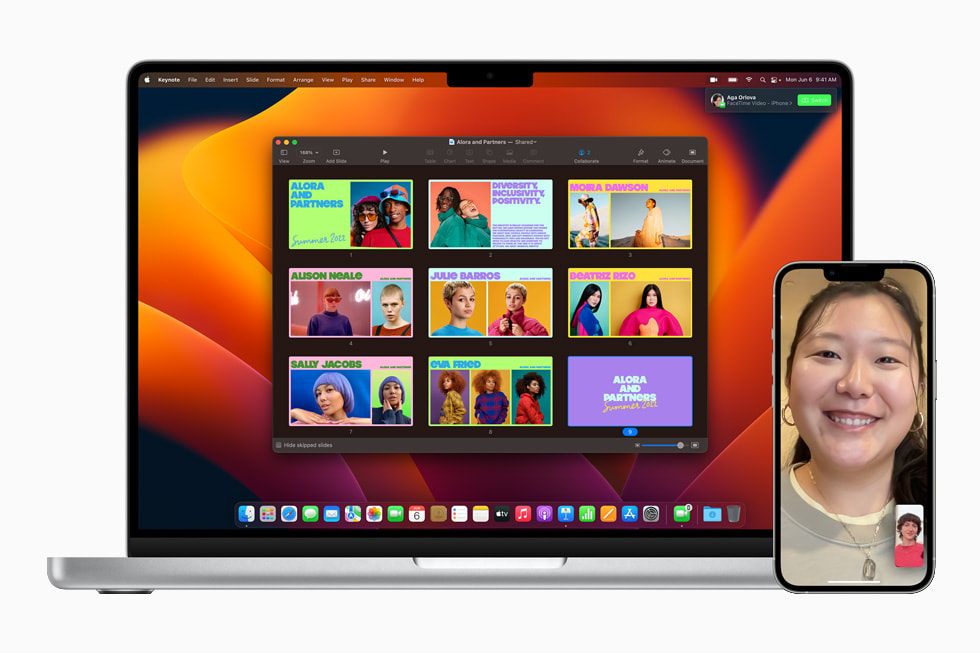 macOS Ventura will also benefit from improved Handoff capabilities, allowing FaceTime calls to move from iPhone to iPad to Mac and back again.

Other smaller improvements in macOS Ventura include the ability to edit and delete iMessages as well as mark threads as unread from within the Messages app. A new SharePlay integration is also coming to the same app. 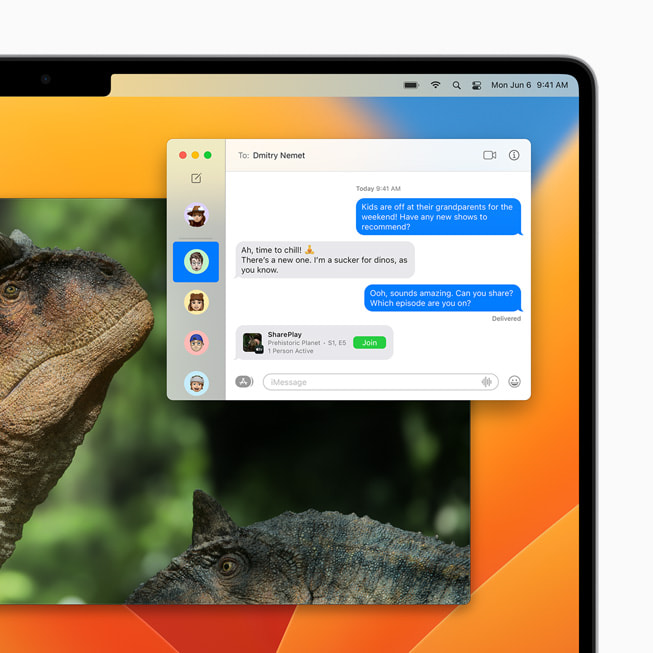 In Safari, Passkeys are what Apple calls “next-generation credentials” that are designed to be more secure than passwords. They’ll be built into iCloud Keychain and be supported across multiple devices. 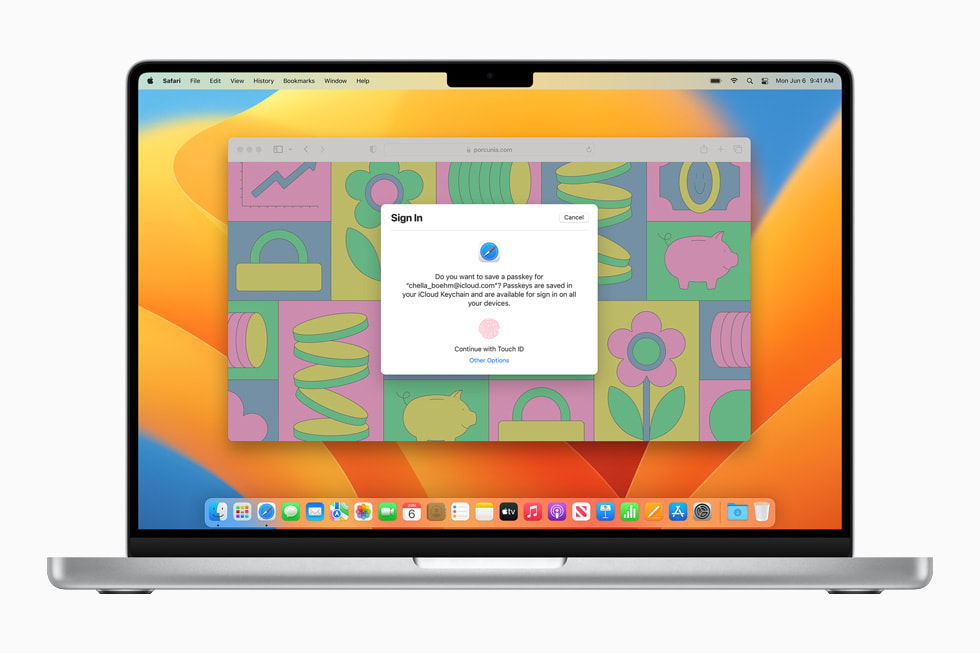 Apple’s impressive Live Text feature is now gaining support for video, allowing the system to pull text out of video frames just as it previously did from photos and other images.

Gamers will benefit from new Metal 3 support, with Apple saying that load times will be improved and a more immersive gaming experience offered. The company also confirmed that No Mans Sky will come to the Mac and iPad later this year.

The new macOS Ventura update will be made available to the public later this year, while a developer beta is live right now for testing.