Apple has officially released macOS 1o.13.4 final version to the general public. After a prolonged period of internal and external testing with developers and public testers alike, the Cupertino-based business now deems macOS 10.13.4 to be in a position which can be consumed by the general public.

This latest version of macOS has been in testing for quite some time alongside Apple’s iOS 11.3 platform. The reason is that there are clearly some synergies between the two platforms in that both new versions of Apple’s firmware introduce and expose correlating functionality to iPhone, iPad, and Mac owners. 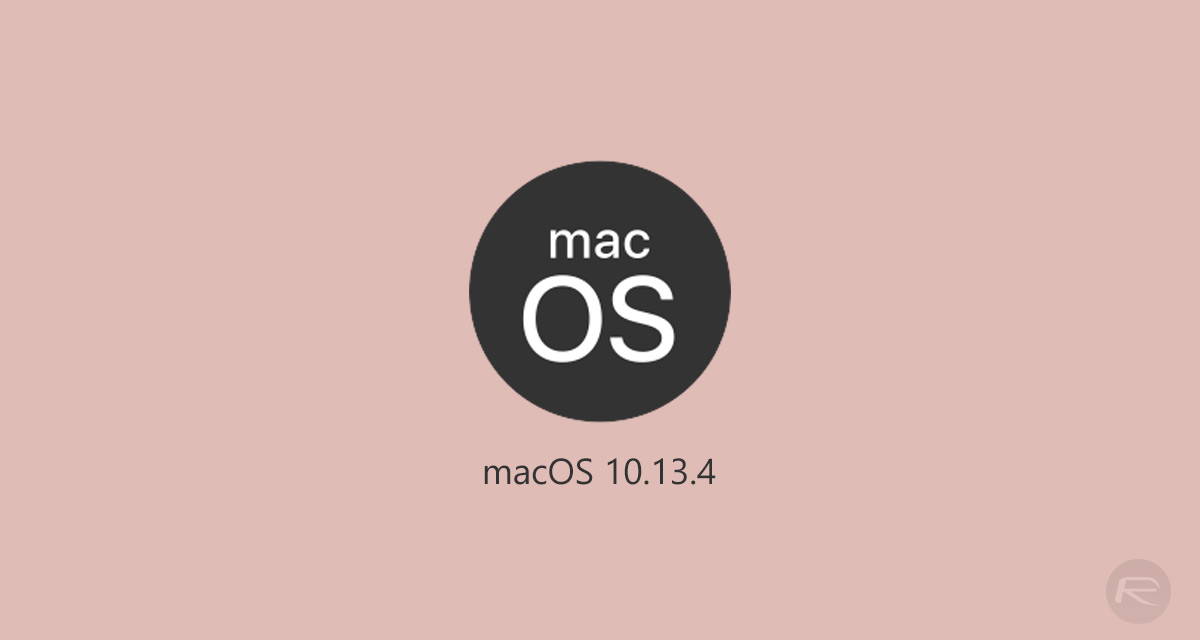 With this release, all owners of a compatible MacBook or iMac are able to grab the latest update and take advantage of the latest improvements with immediate effect. And, of course, like all of Apple’s software updates, it’s entirely free-of-charge.

In terms of the platform itself, a translated set of leaked screenshots have already given us an insight into what was coming from Apple. In addition to improving the stability, performance, and security of an installed Mac, macOS 10.13.4 also brings new features like exposing Business Chat in the native Messages app in the U.S., as well as bringing in enhanced eGPU support, among other things.

Apple also highlights a significant list of improvements which combine to make macOS 10.13.4 a more secure place in which to work. 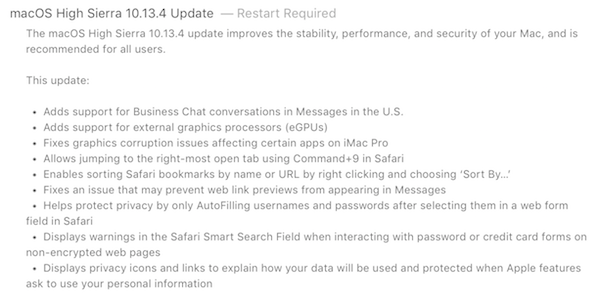 Given the focus on feature improvements and security enhancements, and given the fact that WWDC 2018 is coming up in June, you get the feeling that Apple is gearing itself up to announce macOS 10.14 at the conference, complete with potentially a new set of features. Until then, macOS 10.13.4 will have to appease the needs of those who are constantly looking for something new and shiny to download and interact with.

If you are in possession of a compatible MacBook or iMac and want to get up and running with the latest macOS 10.13.4 release and all of the improvements that it offers, then you can grab the update as an over-the-air download right now from the Updates section of the Mac App Store.