One of the angles of iOS 7 that seems to be forgotten amongst all the noise about icons and translucency is the renewed focus on Game Center and official support for third party game controller under ‘Made for iPhone’ branding. After what felt like a half-hearted attempt in the recent past, Apple now appears to be on the verge of embracing the huge number of games in the App Store.

It seems that Logitech is already hard at work developing a game controller designed to make the most of iOS 7’s new API for game controller, newly redesign Game Center and additional gaming features. What’s more, Kotaku has reportedly managed to get its hands on the first spy shot of said gaming controller.

Featuring G-prefix branding, the accessory plays host to a large area which is presumably there to house an iPhone 5. We say presumably, even though it’s pretty obvious due to the instantly recognizable Lightning connector that protrudes from device. There’s no word yet as to whether this is for power or for connectivity, though it’s entirely possible it’s both. 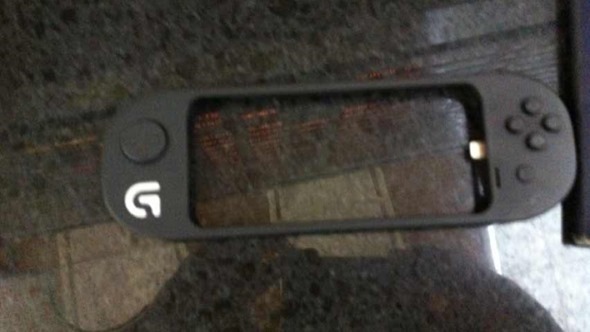 According to Kotaku, this is just one of a selection of third-party gamepad accessories that are being designed for the iPhone post iOS 7 overhaul. This Logitech part looks rather like an old-fashioned Sony PSP with a thumbstick on the left and four buttons on the right. There’s only so much you can do when designing a game controller we presume, especially if you want it to be any good!

Apple’s iOS 7 is due to hit devices towards the end of this year, quite possibly alongside a new iPhone. If this leaked photo is anything to go by, there will be Apple Stores full of game controllers as far as the eye can see, too. 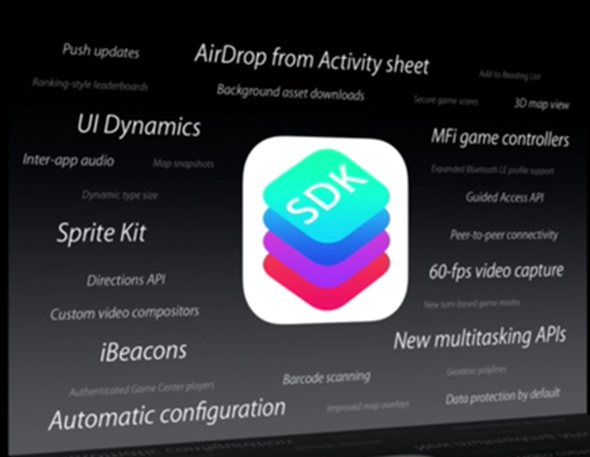 Of course, there is still a good chance that this is fake. Apple’s iPhone has long been hugely popular amongst gamers, and a refocus on gaming in iOS 7 could spell the beginning of a new booming accessory market. Logitech will be just one of many looking to take advantage of that.